I'm right now in the midst of one of my longest stretches in the Toronto area.  I have been birding every day and have e-Birded every day, but trying to add new species this time of year in southern Ontario is tough, unless you've missed a couple of spring warblers that breed here.  For me, that would be the Hooded and Cerulean Warblers.  But there is a place to go for them about 2 hours east of Toronto, called Bakus Woods.  South of Woodstock and north of Long Point Provincial Park, this mosquito infested woodland is one of the few breeding grounds of the Cerulean Warbler, which is listed as a vulnerable species, with population declines as much as 26% every 10 years since 1980.  I've been lucky to see these birds in Toronto during migration, in Michigan at the Cerulean Warbler Weekend and 2 years ago in Bakus Woods.

I also missed seeing Hooded Warblers this year.  Usually in March at Fort DeSoto Park in St Petersburg, Florida I will see dozens of them carpeting the lawns, along with Black-and-white Warblers.  This year, though I was there for Avocet Day, I missed Hooded Warbler Day.  So, off to Bakus Woods I drove early one morning last week.  I forgot bug spray.  I started at the south end of the woods, where once Wild Turkeys had been released, and started walking north, listening for Hooded Warblers.  The bugs and Mosquitos were attacking me from all angles.  It was horrid.  I made it up to the 4th connsession road but did not want to go further without bug spray so turned and high tailed it back to the car.  No Hooded Warblers, but an Indigo Bunting and Rose-breasted Grosbeak were nice to see.

I drove around to the north entrance to the woods and parked and started to walk.  Thought I heard a Hooded Warbler but the bugs were killing me again so I jumped back in the car, searched the GPS for a gas station, found the Busy Bee 3 minutes away and drove right over hoping they had bug spray, and I needed gas anyway to get back to the city.  It was like going back in time.  The gas pumps were from the 1970's along with an old fashioned General Store.  I got gas and bug spray and returned to Bakus Woods.

With all this running around I only had an hour left to listen for and maybe find the warblers in the parts of the trail I discovered them a couple of years ago.  So, I sprayed copious amounts of Deep Woods OFF and re-entered the woods.  The OFF worked!  It was as though the woods were devoid of bugs.  I'm sure they were there, they were just leaving me alone.  I walked and listened but aside from a drumming Piliated Woodpecker, the woods were quiet.  I was out of time and headed back to the car, but as I was about to exit the woods, I heard and saw flitting around, high in the canopy a single Hooded Warbler, species 324 for the year.

My other discovery for the week was Downsview Park.  In the heart of Suburban Toronto, it was at one time supposed to be an urban forest.  That never panned out and up until recently, other than a paved trail there wasn't much in the way of nature paths.  That has changed.  I hadn't been there in a couple of years, but now there are plenty of trail leading off into the woods and tall grass and plenty of birds to be seen.

Two of the interesting sightings were a baby Spotted Sandpiper and lots of fledgling Red-winged Blackbirds.  In over 4 years of birding I had not knowingly seen one.  They look similar to the females but are very yellow under the chin and about half the size of the adults. 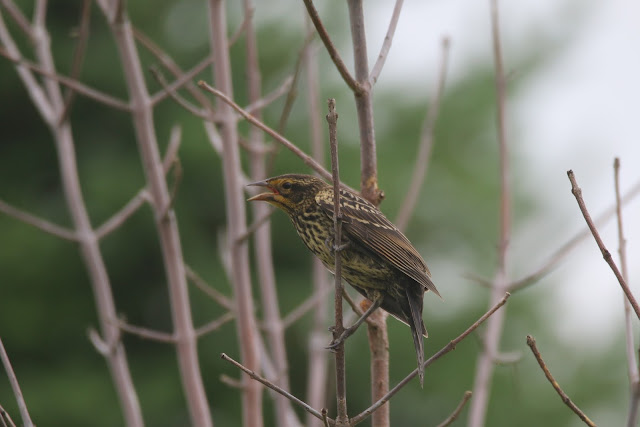 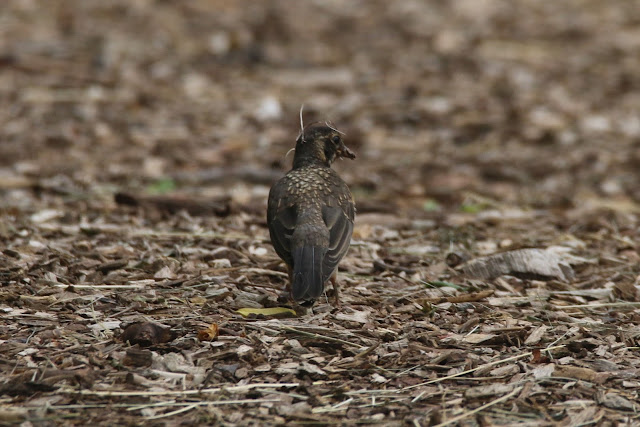 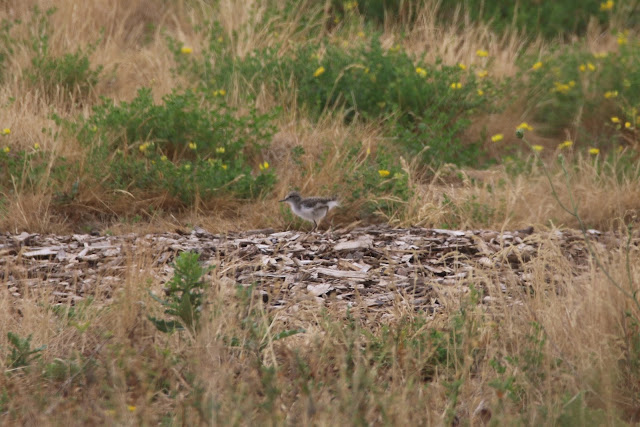 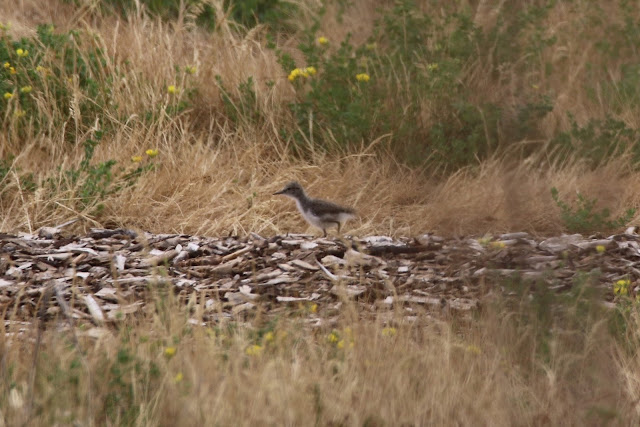 Some of the new trails at Downsview Park: 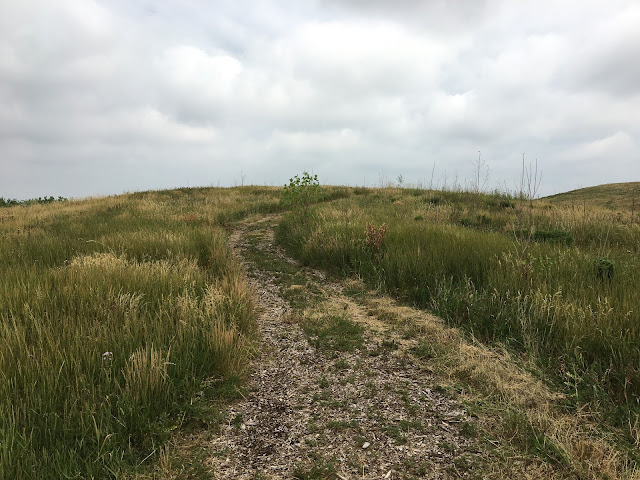 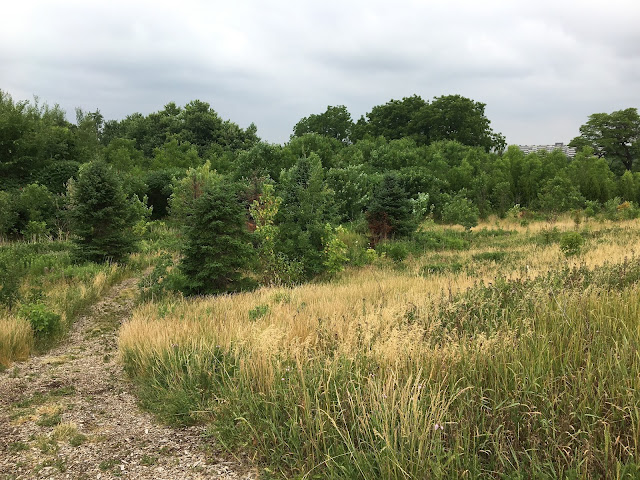 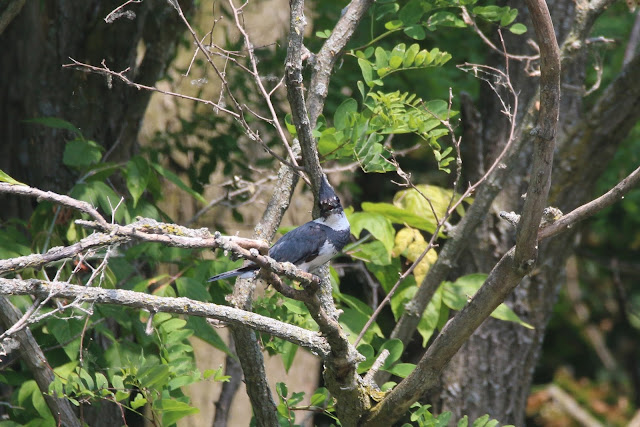