... And so it begins.  The annual influx of kids and families on March Break migrating to Florida, filling up the beaches and trails, making it just a little harder to find the newly arriving warblers from South and Central America.  Sure there there are lots of Palm and Yellow-rumped Warblers and plenty of shore birds, but now begins the migration season birders pine for throughout the long, cold winter.

So, while I am stuck here in Florida while rare birds are being reported all over North American that my very specific, practically carved in stone, schedule may not allow be to see, this past week I visited parks both new and old.  Brooker Creek Preserve is a an old standby in the Tampa Bay Area.  Each year I first hear and then see at least one Yellow-thraoted Vireo.  This first visit of the year I did not find the vireo, but did come upon only the second Yellow-throated Warbler I've seen in Florida.  Frankly the only other place I've seen one is during migration in Rondau Provinicial Park back home in Ontario.

My first stop was recommended by Margie, one of the administrators of FLARBA, the Florida rare birds alert.  She had actually put an eBird report up in a park I thought would be nice to visit, since I had never been there before.  Alas, it was in another one of those "gated communities" I didin't have access to.  However, after exchanging a few e-mails and a phone call she agreed to meet me at the park later in the month, when more migrants would be showing up.  In the meantime she recommended I check out A.L Anderson Park, which is a lovely park by the water, where I saw my first Black-and-white Warbler of the year.  And one thing I've learned over the past four years is once those warblers in tuxedos arrive, the other warblers can't be far behind.

There were lots of Northern Parulas and even a couple of Yellow-throated Warblers.  But it was just this past Tuesday evening where the real show began.  I had only limited time in the evening to bird and had to get back to work after dark, and the closest and birdiest park I could get to was John Chestnut Park.  I saw and heard my first Yellow-throated Warbler very quickly; but then the fun began.  Out of seemingly nowhere, another and another and yet another Yellow-throated Warbler.  And then more.  There had to at least half a dozen at any one time, but I suspect there were closer to 40 of them.  I fallout of Yellow throats nearly every tree between picnic areas 9-10.   Very exciting!

Yesterday I spent the late morning and early afternoon at Fort DeSoto with lots of shorebirds, but alas not the Cave Swallows or the Lark Sparrow I was seeking.  Also missed a Least Tern near the Courtney Campbell Causway, due to lack of time and not very exact directions.  I think I'll check there later this afternoon and take a trip to Possum Branch, as I have not actually eBirded from there this month. 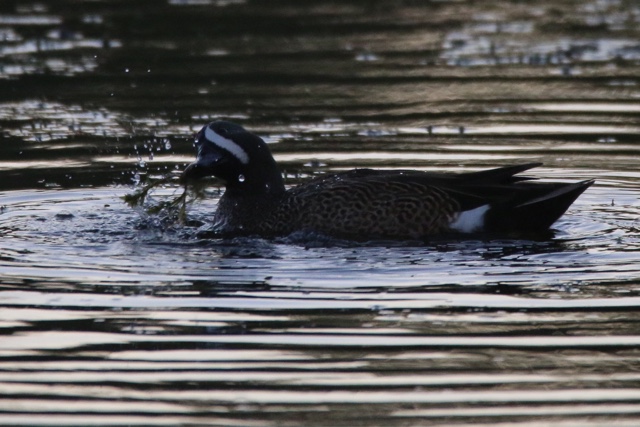 Muscovy Duck near the parking lot in Cliff Stevenson Park: 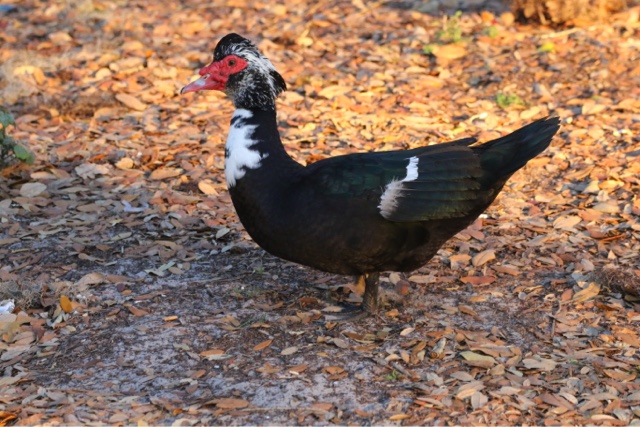 Great Blue Heron and chick in a nest at John Chestnut Sr. Park: 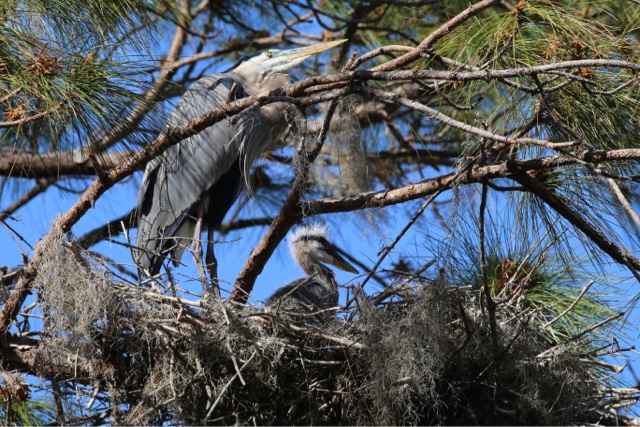 A young, and slightly cuter, Wood Stork in the swamp at Brooker Creek Preserve: 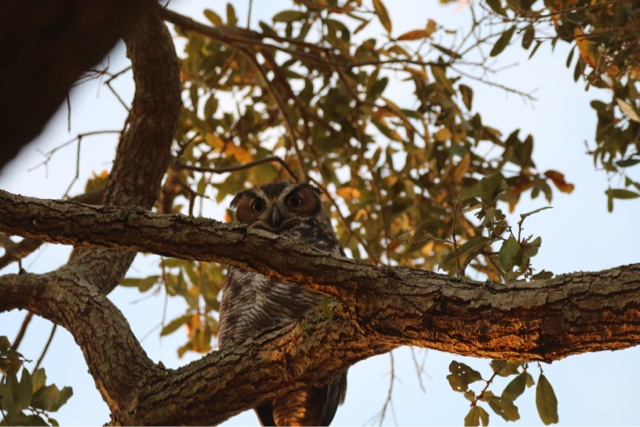 One for the Rodent-y List, a European Black Rabbit at A.L. Anderson Park: 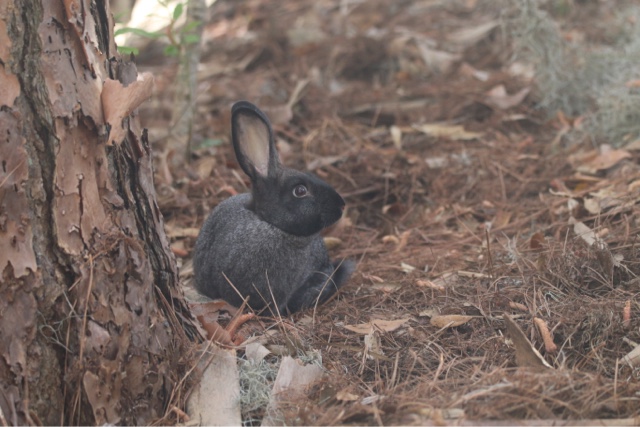 Monk Parakeets living in the basement apartment of the Osprey Nest,
atop the lights at the Bobby Mattick Baseball Complex: 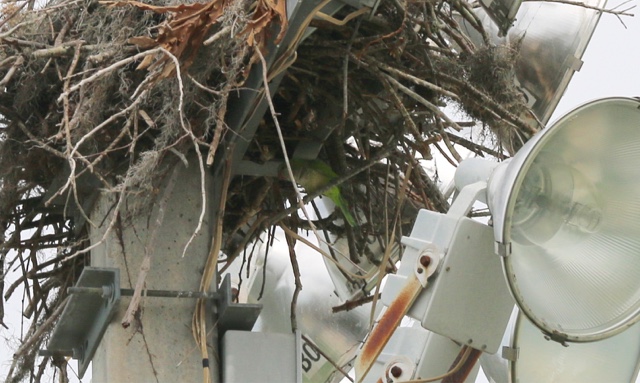 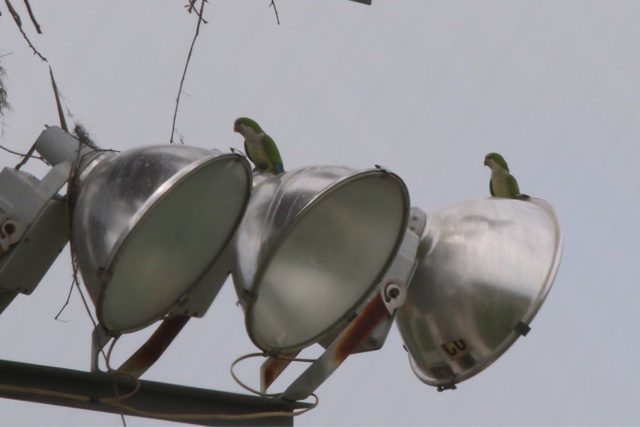 Purple Gallinule at Circle B Bar Reserve near Lakeland: 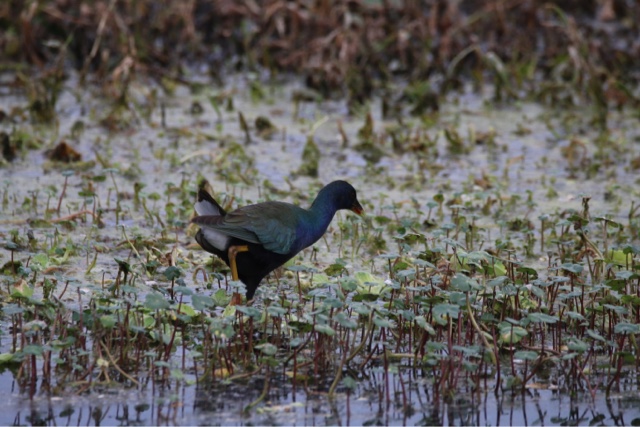 The Star of the week, Yellow-throated Warblers at John Chestnut Sr. Park: 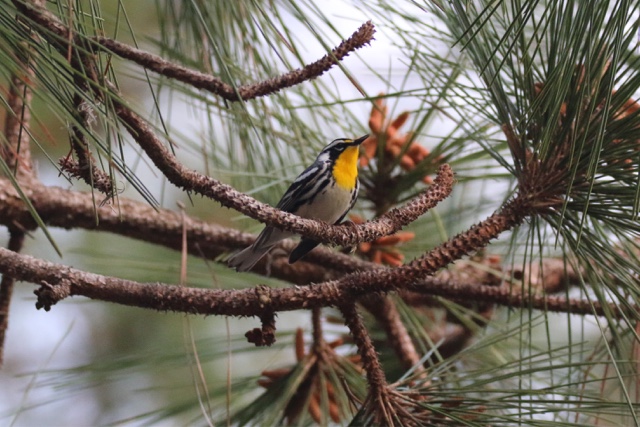 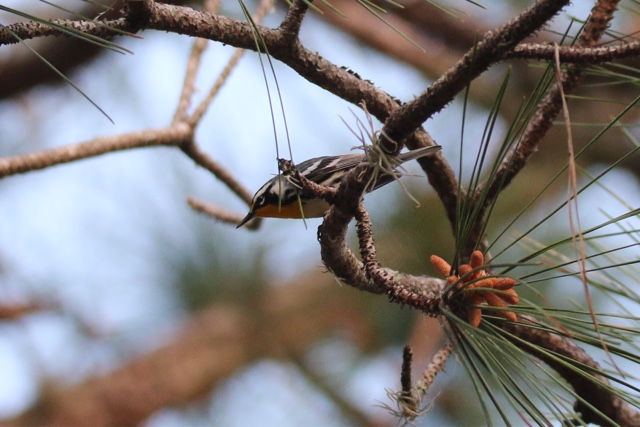 Baby Great Horned Owls in a nest near the fort at Fort De Soto Park in St. Petersburg: 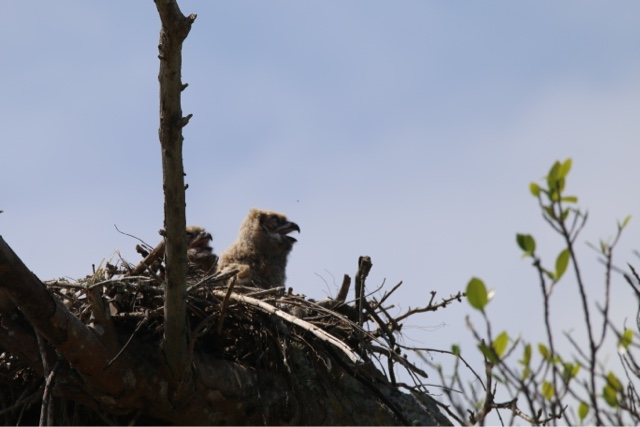 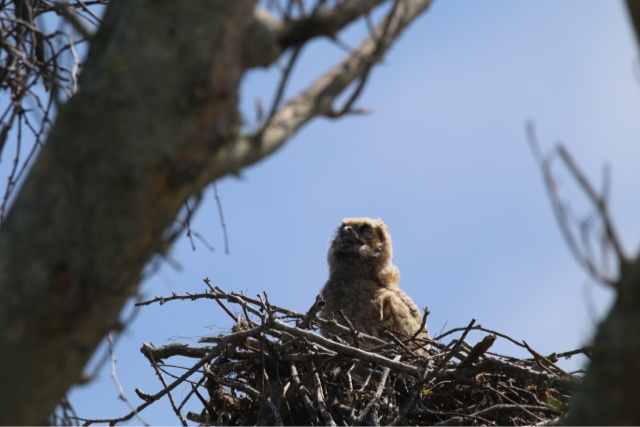 I didn't get a chance to look for the Least Tern, but did find a cool
punk rocker Green Heron at Possum Branch Preserve: 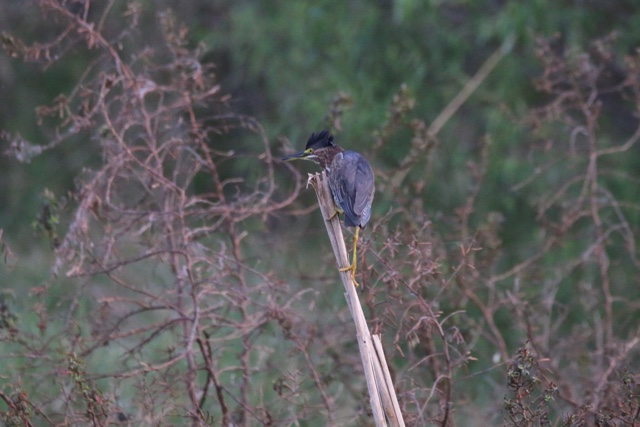