Finally, after two and a half months, I am finally out on the open road.  Even though I will still be birding in Ontario and Florida until the end of the year, I am finally somewhere else.  I have spent the last few days in Boston, searching out some of the best places to bird with little time and no car.  Walking and Uber is the way to go when you have limited time in a city.  Rarely this year will I have have full days and freedom to bird just anywhere.  But that is the point of turning 7 months of dedicated work travel into a Big Year.  A lot of people who travel for work or even family vacations, would love to get even a few hours birding before or after work or time with family.  So, I will be spending the year as a kind of advance scout, just as we do in baseball.  I'll find some of the best places so you don't have to.
Of course, the first place to visit when staying in downtown Boston is the Fenway Victory Gardens.  I've never been during the height of migration, but whenever I have been there the birding has been good.  My first birding trip was actually in December of 2012. I had just come from Barnstable where with a little help had added a Black-headed Gull and Common Eider to my year list.  The birders I met down there had just come from Boston where they had found a wayward MacGilvray's Warbler.  I drove up there for that bird and enjoyed a lovely morning with other enthusiastic "chasers" finding that bird.
The Gardens were established in 1942 with the encouragement of Franklin Roosevelt.  The gardens were planted on public land during the first and second World Wars as a way of reducing the pressure on the food supply during wartime.  Locally grown produce reduced the need for fresh fruit and vegetables to be transported from far away farms.
Today the space is divided into 500 garden plots.  Each is individually taken care of by a community volunteer, some growing vegetables, some flowers, some even have fountains and the one that caught my eye this week had a number of active bird feeders.
There are also a couple of Cemeteries within half an hour drive each way of downtown, Forest Hills and the one I have visited, Mount Auburn.  This trip in there just wasn't time to get there but I shall visit both  when I return the first week of June.  I did have time to bird down by the Boston Waterfront, as I knew there was a good chance for both Common Eiders and Great Cormorants.  The area is under heavy construction these days, with old dilapidated buildings being demolished and eventually upscale condos being built, so getting around is a bit awkward.  However in the bay behind the Boston Institute of Contemorary Art, I was able to find half a dozen Common Eiders, mixed in with many Great Black-backed Gulls.  There were Cormorants around, but only of the Double-crested Variety.  Though another birder did see some Great ones at another pier, I was unable to relocate them, so they will have to wait for another time, in another place.
All in all, a nice trip to Boston, where the weather warmed up just as we were heading to Baltimore.  However, it should be lovely the next three days and I'll have three full mornings to explore and hopefully add more e-bird lists and new species to said lists.
Photos from the Victory Gardens: 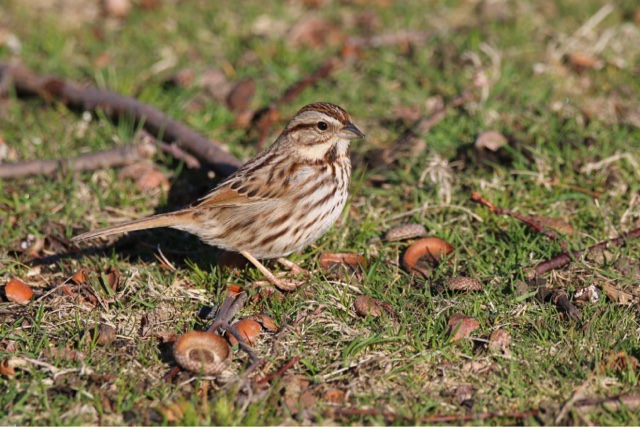 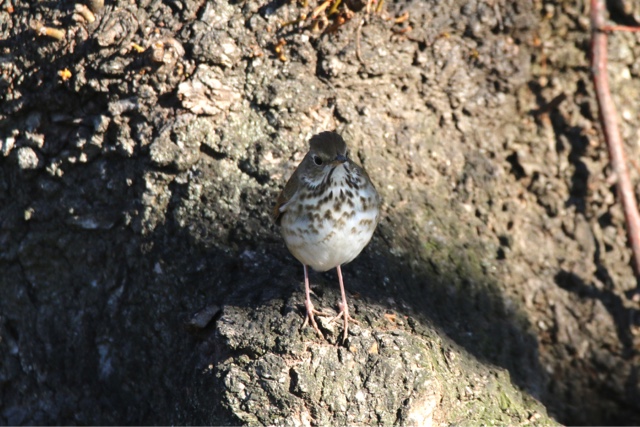 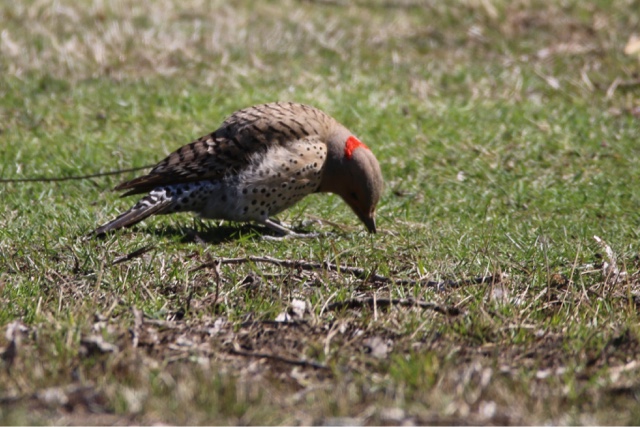 I thought this might be my only look at a Common Eider, my first visit to the waterfront: 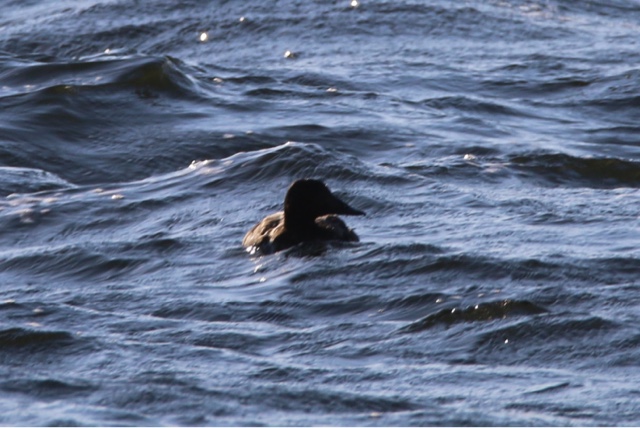 However, the next day I discovered 6 more, these two being photobombed by an gull: 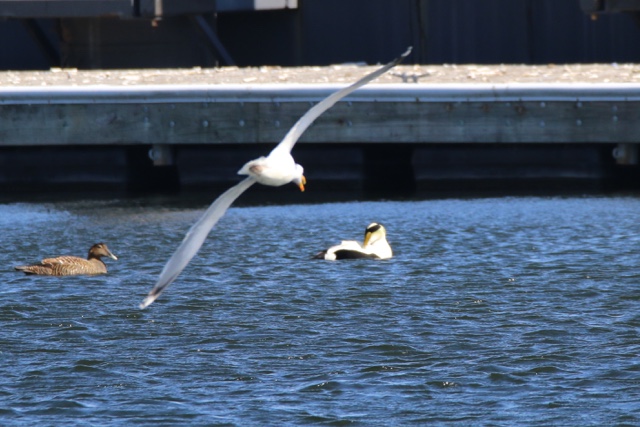 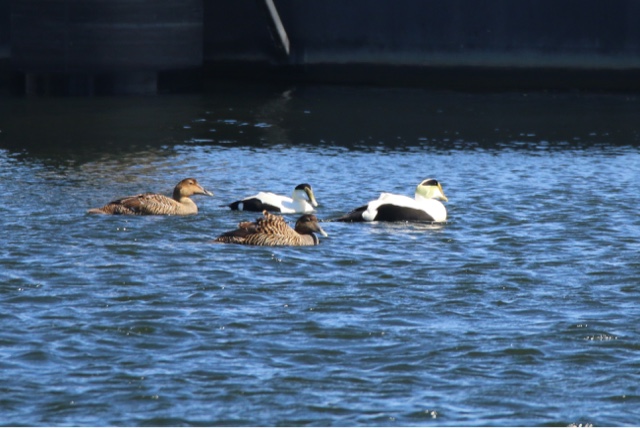 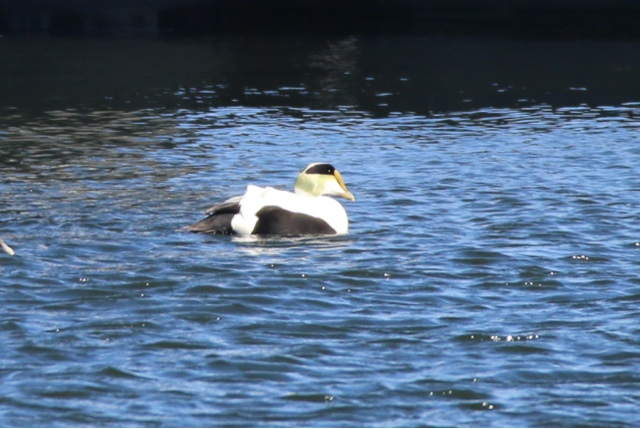 View from the Dugout at Fenway Park: 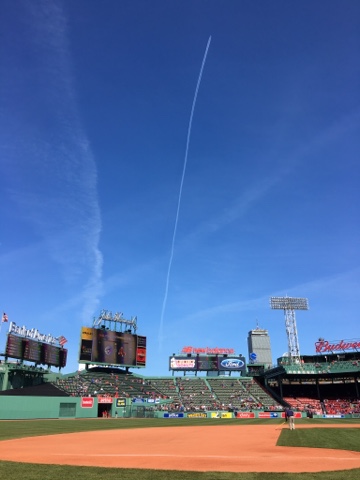 Some of the garden plots at the Fenway Victory Gardens: 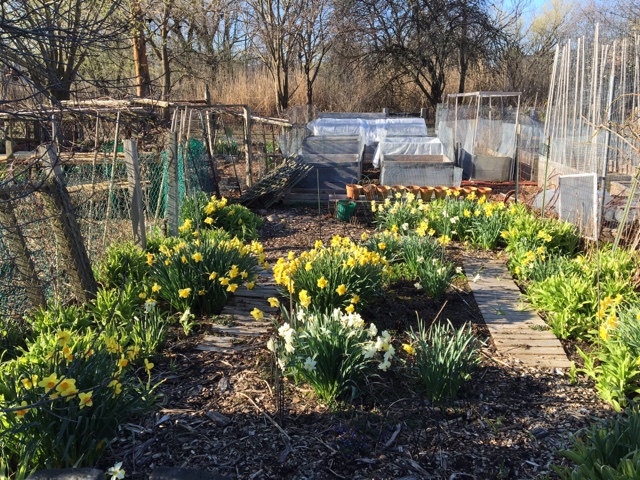 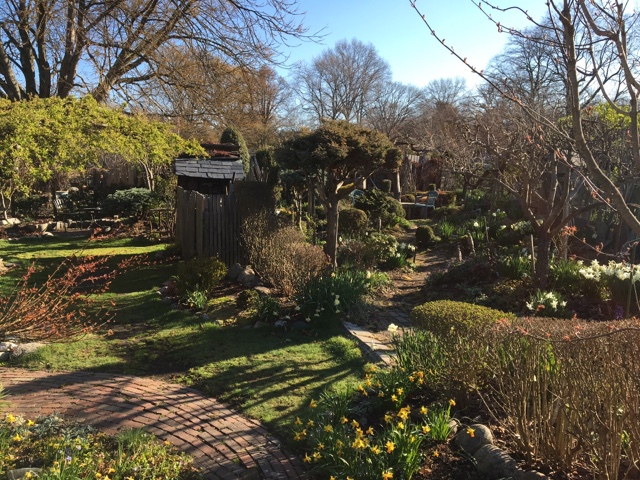 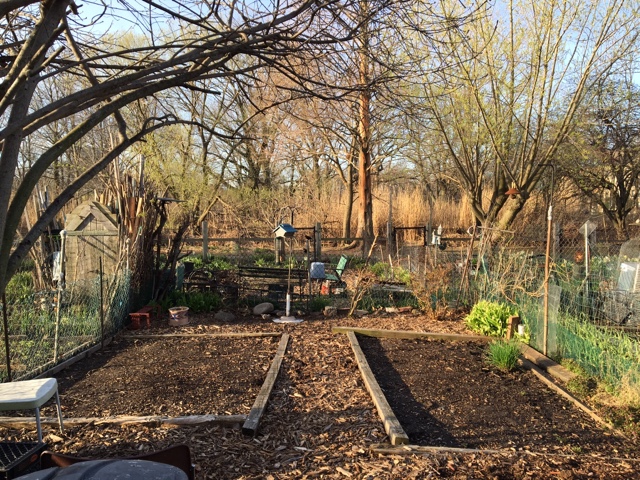 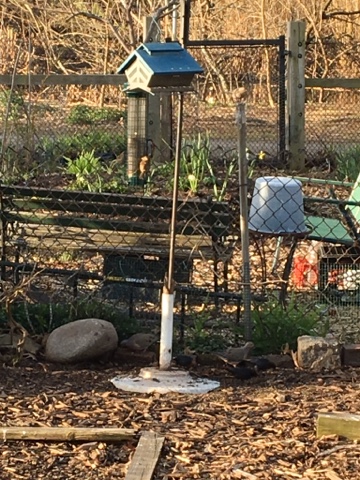 More harbor photos, including an unexpected appearence by a harbor seal: 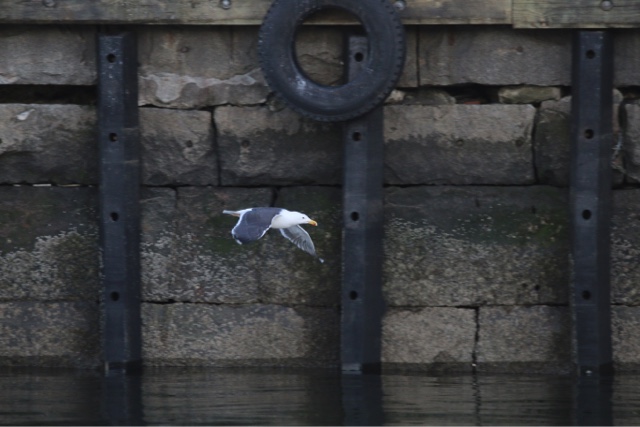 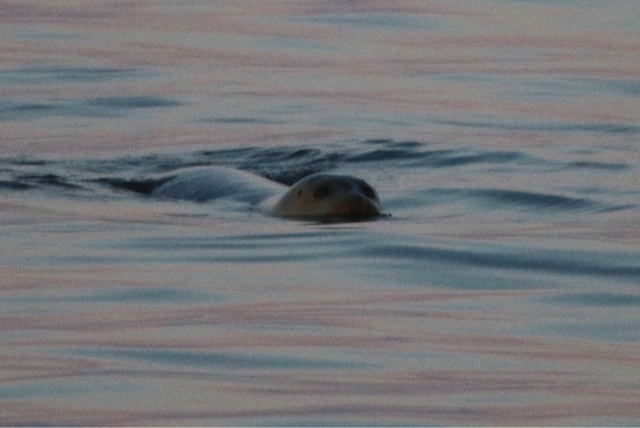