Pining for the Return of the Warbers

And I was pining specifically for a Pine Warbler at Sedgewick Park, where warblers love to hang out late into the fall and earlier in the spring due to the warmth of the nearby water treatment facility.  Sue and I finally had a day off together at home and a chance to go birding in the Burlington/Niagara area.  It was cloudy, rained a bit, not too cool to enjoy the day, and as a bonus we got a young male King Eider at the end Fruitland Rd.  There is a nice waterfront restaurant where we had wanted to eat lunch, but for the second time when I've been in the area I came when it was closed.  Under renovations when I was there in January, closed Mondays when we were there.

One of the benefits of e-birding every day is it is a great way to remember everywhere you've been, especially if you have my swiss cheese memory.  We started the day at Oakville's Bronte Harbor, looking for any lingering Tundra Swans, but had to settle for a couple Mute Swan and a lovely Common Loon.

From there we backtracked a bit to Sedgewick Park, where prior to finding the Pine Warbler, we enjoyed a pair of Eastern Phoebes and a couple of Golden-crowned Kinglets.  Next stop was LaSalle Marina where there are always Trumpeter Swans and occasionally a Tundra Swan.  Except there were neither, replaced by Mute Swans, who seemed to be softly whimpering, which is about as much sound as I've ever heard out of a so called "mute" swan.
After our stop for the King Eider and plenty of White-winged and Surf Scoters at Fruitland Rd we had lunch at the Elm St Cafe, where they were proud to serve us fresh orange juice with our Eggs "Grimsby," which is Eggs Bennadict with an added three cheese blend.
We stopped at Beamer Conservation area, not realizing it was also the location of the Grimsby spring Hawk Watch, where, on this cloudy, damp day it took an eagle eye to see the distant hawks.  We settled for great eye-level views of Turkey Vultures, from atop the escarpment cliffs.
We finished the day at the Burlington Skyway Pier, where there are still a few Long-tailed ducks and Scoters, but nothing like the numbers I saw earlier in the year.  We did see one of the Perigrine Falcons leave the safety of the bridge and soar over our heads and land on the hydro lines for a spell, and some beautiful Ruddy Ducks with their finest blue bills as they too get ready for breeding season.
All in all a pretty good day, with pretty good birds and a great lunch.  And we never really got too wet or too cold.  A final check of e-bird showed that I added 4 new species to the year list, but still wanted to find a Tundra Swan,(one gets greedy sometimes even when doing a scaled down Big Year).
So this morning I set off to New Tecumseth and Beeton, where in the fall can be found cool migrating shore birds, such as Buff-breasted Sandpipers, but in the late winter and spring, you can find Tundra Swans pausing in their return to their Alaskan and Northern Canada Breeding grounds. Taking the 45 minute drive up to farm country was pleasant enough and I was rewarded with a field of 43 Tundra Swans resting in some standing water in a farmer's field, along with a bunch of Ring-billed Gulls, a Killdeer, Savannah Sparrow, Merlin, American Crow, Red-winged Black-bird and a Horned Lark,(also new for the year), who came out onto to the road for me, sporting his finest spring lark horns. 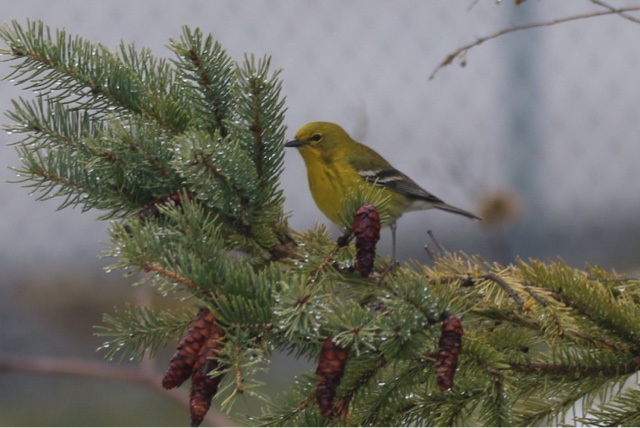 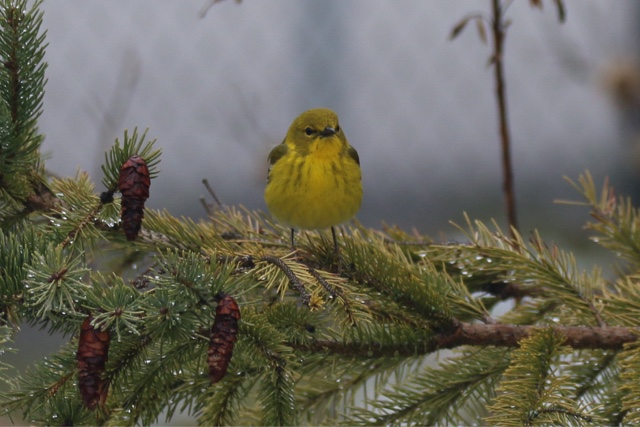 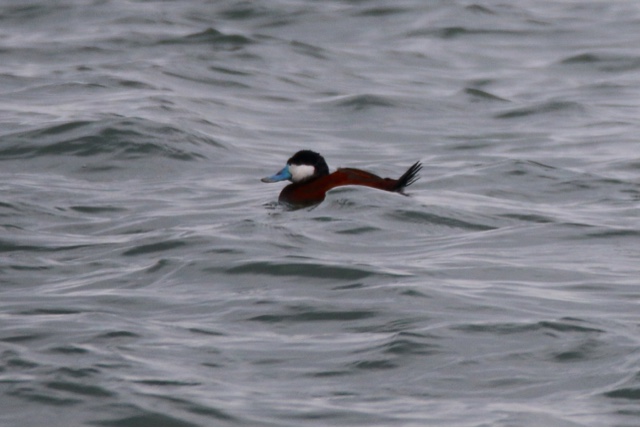 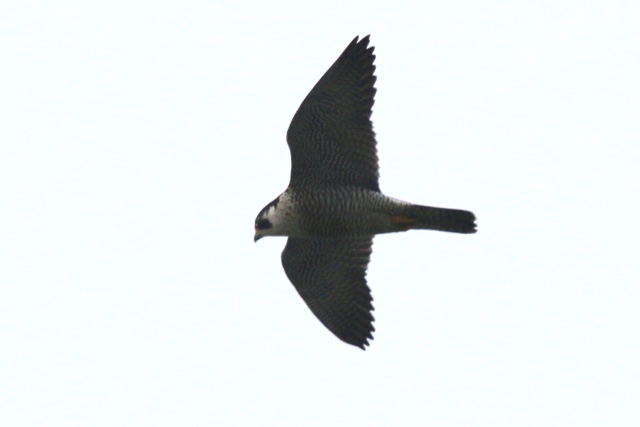 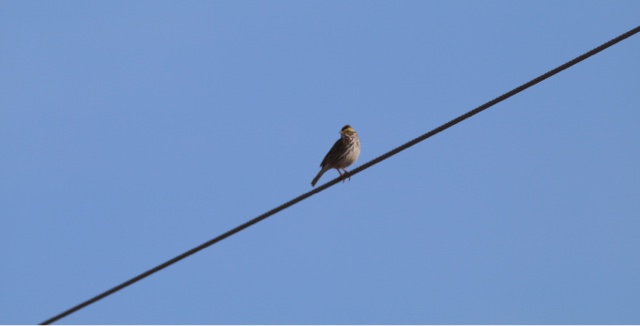 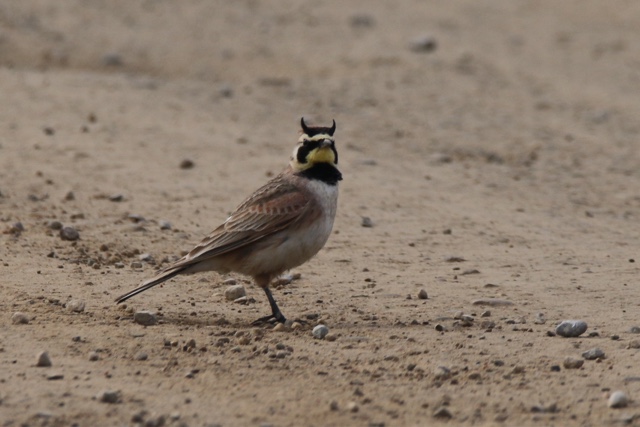 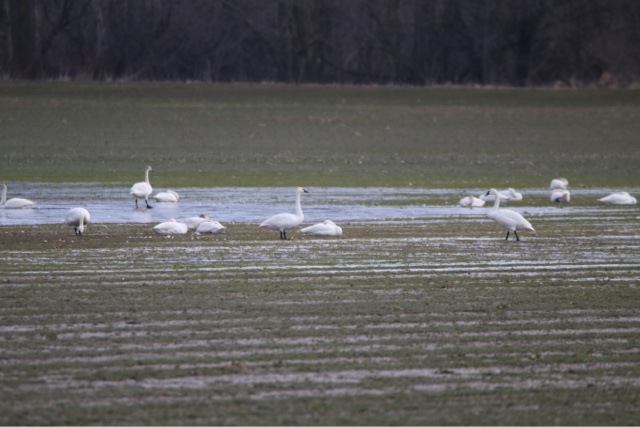 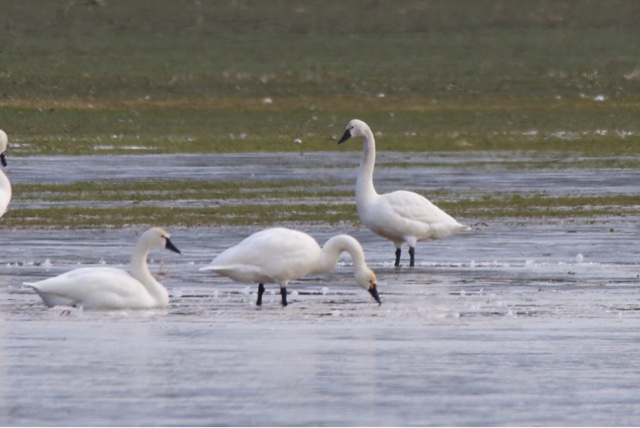