PIt's amazing what you can do in two mornings of birding in California.  I didn't have a lot of time, but with the help of Eddie. and Noreen, my San Francisco birding buddies, Monday morning proved to be quite productive, including the addition of ABA Lifer 645, a bird I have long sought and never seen before, a Wandering Tattler off the Cliff House.  That was the good news.  The bad news was my camera, which has been so reliable, failed to get an in-focus photo the first part of the morning.  Grrrrr!
I was able to add a lovely 39 species to my year list. One of the places you need to visit in San Francisco, whether you have a full day or just a few hours of birding are the community gardens of Fort Mason. It was, in fact, the first place Noreen and Eddie had taken me back in 2012.  Amongst the many birds we got there, was a flyover of an Elegant Tern, along with Ash-throated Flycatcher, Anna's and Allen's Hummingbird,
Pygmy Nuthatch, a California Towhee and a Western Tanager, found by Noreen, way up a tree. 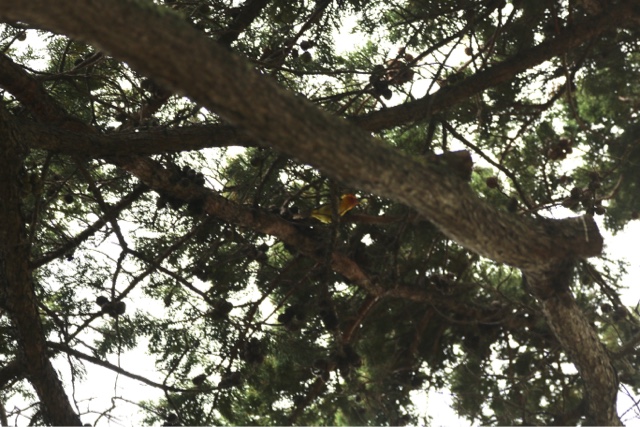 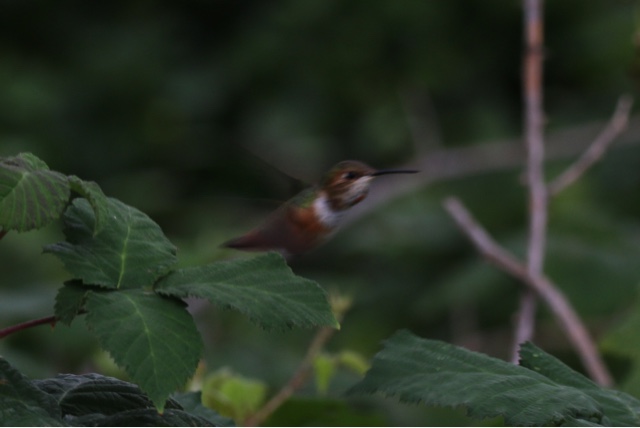 The Presido and Cliff House are also must bird stops. It was on the rocks below that with the help of Eddie's scope I was able to finally see a Wandering Tattler.  This was our third trip together and it was the charm. I should have tried a digiscope shot first, as at that point I hadn't realized my camera was not taking focused photos, as seen above and below. 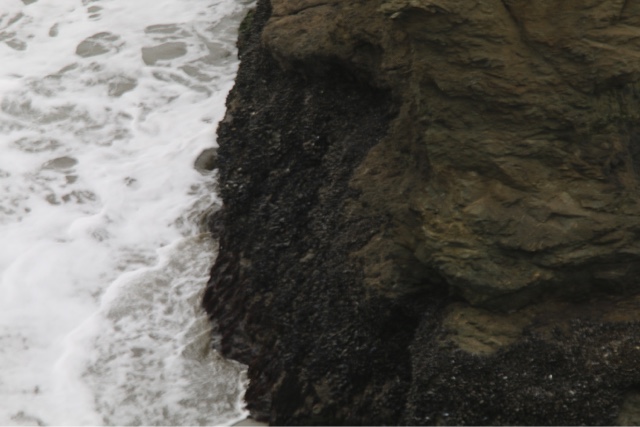 The Tattler is at the lower edge, but with a slightly fuzzy image it sure does blend into the rocks.  It didn't help that it was overcast and misty, with very flat light.
From the Cliff House and on the shores below, we were able to get Whimbrel, Common Murre, Black Oystercatcher, Surfbirds and even a lone Black Turnstone. 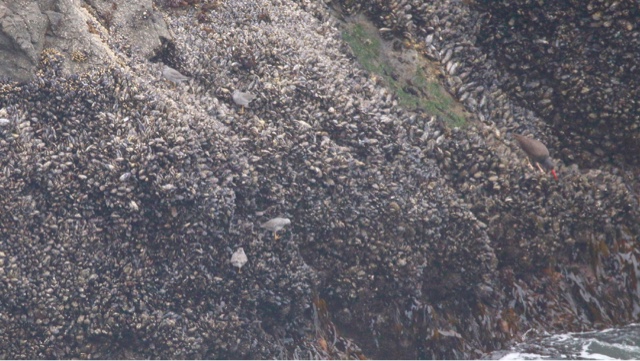 Lake Merced always seems to turn up some good birds, and in this case a Clark's Grebe and a lovely breeding plumage Ruddy Duck with that cool blue bill.  There also always seems to be an American Coot walking around on land showing off his "rail" feet.  In this case below, foot as something bad had happened to one of his feet. 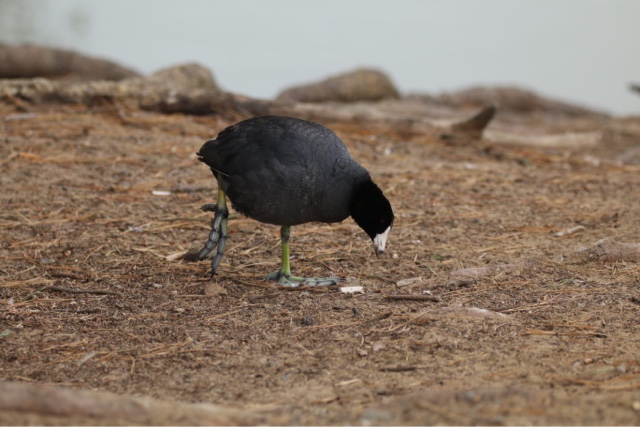 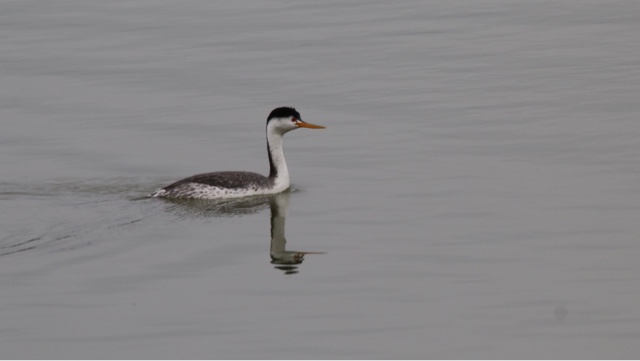 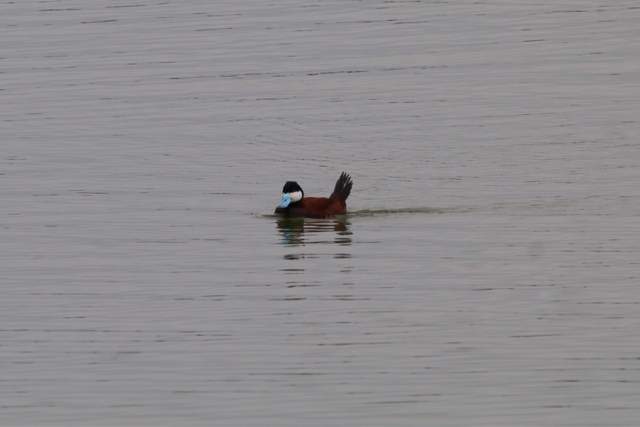 Our final stop was Sweeny Ridge, were we found Chestnut-backed Chickadees, Bewick's Wren, an Orange-crowned Warbler, Western Scrub-Jay and ended the morning with a California Thrasher and Vaux's Swift. 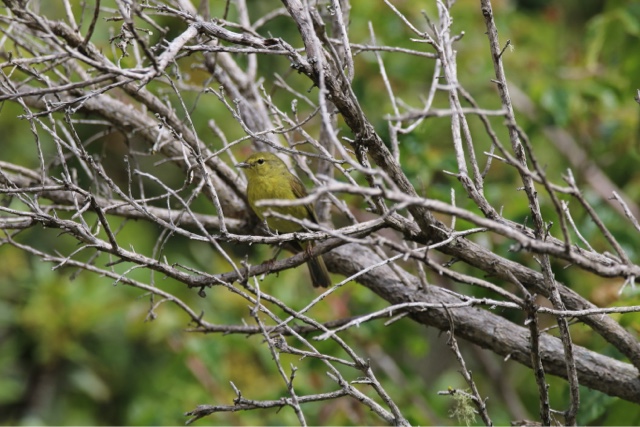 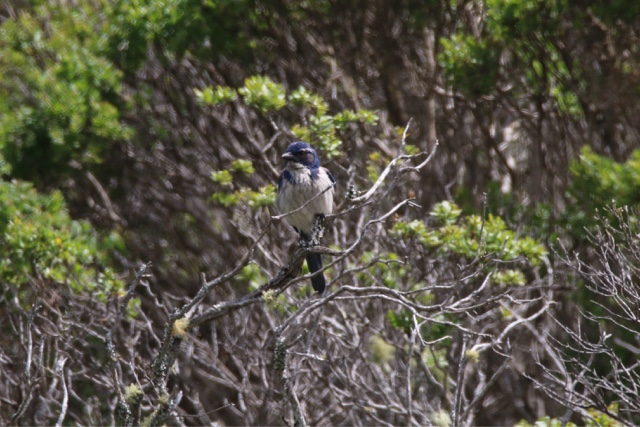 The next day I was on my own and spent most of my time at Mount Davidson.  Great birding and a great view of San Fancisco as well.  I was able to add 4 new species up there, including a Steller's Jay and Black-headed Grosbeak. 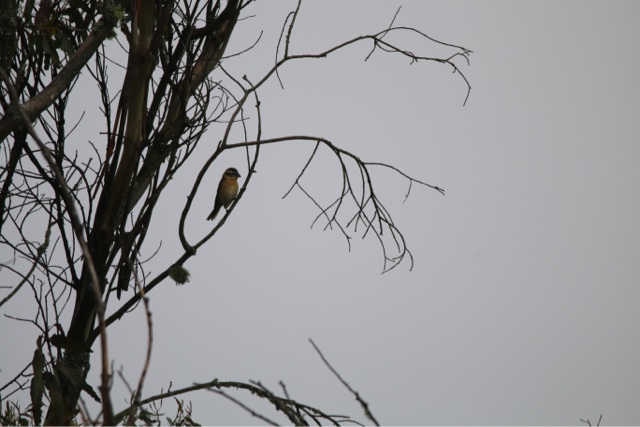 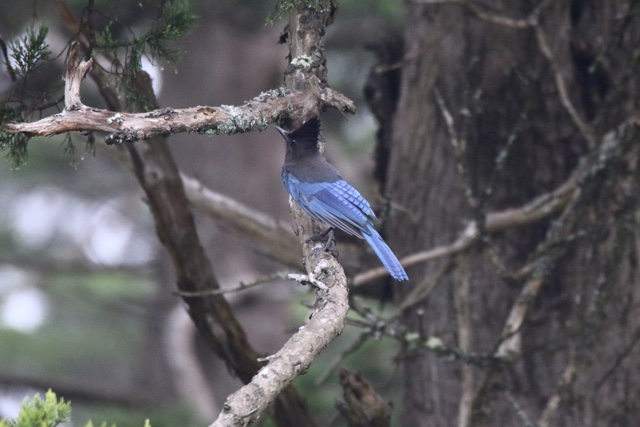 I also visited Crissy Field in the Presedio,(nothing new there), and finished off a the San Francisco Botanical Gardens, where it was get in Free day, and I was able to add a Pacific Wren, Bushtit and Nuttal's Woodpecker before having to rush off to work. 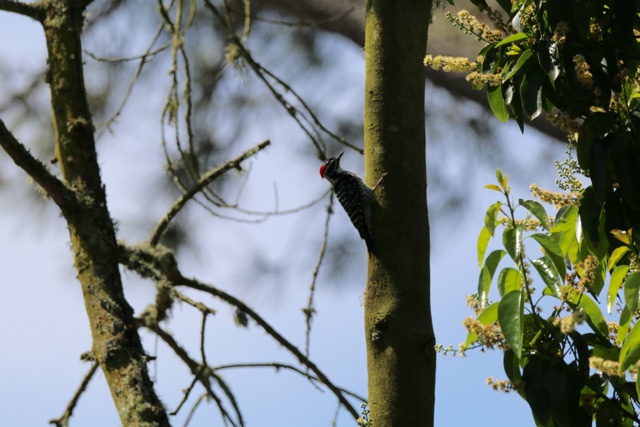