This report from Florida might have been a lot better, had I, 1: Been here a week earlier, and 2: Been able to drive down to the Keys.  But this is just wishful thinking as I am bound by constraints that give me the opportunities to bird all around North America this year, but limited choice as to where and when I can bird.

So, with limited time while here in the Tampa Bay area I did most of my birding at Fort De Soto in St. Petersburg.  The best week for migrants passing through is around the 23rd of April.  That was the day of the big fallout in 2012 and by all accounts was pretty good birding this past week.  However, there were still some good birds around, and I added 12 new species for the year, moving me up to 207 and I have yet to visit Texas, Arizona or California.  But soon...

Though the migrants had slowed here in Florida, there were still lots of birds and birders around, and I met a lot of nice folks from all around the country that also migrate to Fort De Soto in the spring.  The East Beach picnic grounds, and East Beach Turnaround are the place to start and though the Black-and-white Warblers were present, this was the first time in 5 years I missed out on Hooded Warblers.  There was a lovely Scarlett Tanager there though, so that added a little color.

The North Beach picnic grounds have been good, in the past for Northern and Louisiana Waterthrush, and migrating shore birds.  No waterthrush but nice looks at Roseate Spoonbills and Marbled Godwits provided highlights.  I found my Northern Waterthrush at the Bay Pier, in the woods behind the Ranger's House, which is traditional hotspot for spring warblers.  Though it was quiet while I was there, I got my first year looks at a Magnificent Frigatebird flying over, some female American Redstarts, Indigo Bunting and a female Blue Grosbeak, Prairie Warbler, Swainson's Thrush and Cape May, Blackpoll and Black-throated Blue Warblers.

However, the highlight was a late Western Kingbird.  Some do winter in Florida but finding one in late April is a real rarity for the area and it was my 259 species for Florida.  To top it all off there was an Eastern Kingbird atop the Mulberry Bush directly behind us, giving everyone great views of both the Eastern and Western Kingbird sitting within 20 feet of each other; look to the west, Western Kingbird, turn around and look east, Eastern Kingbird. Very rare indeed.  Reminds me of seeing both a Fork-tailed and Scissor-tailed Flycatcher sitting side by side on a wire at Deer Key back in 2012.

Birding is so cool!

Next stop: Back to Toronto and birding in all the local migration hotspots for the next week. 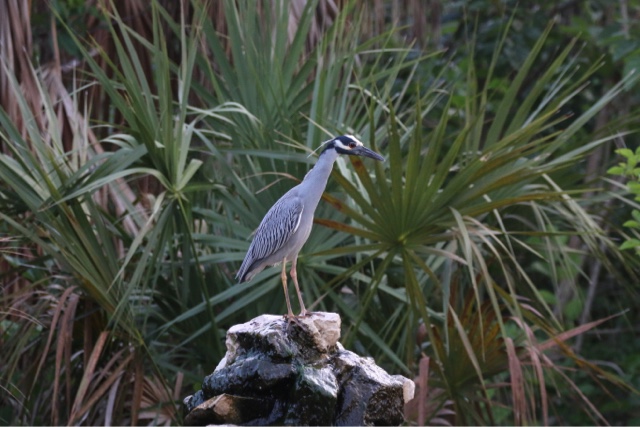 Why did the Black-bellied Plover cross the road? 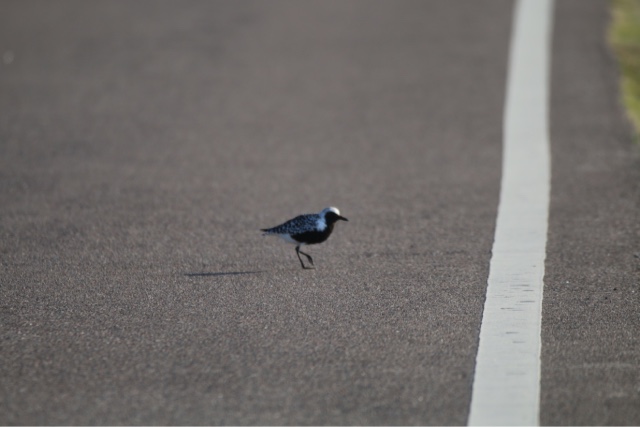 Yet another Photo-bombed bird photo, for my growing collection this year 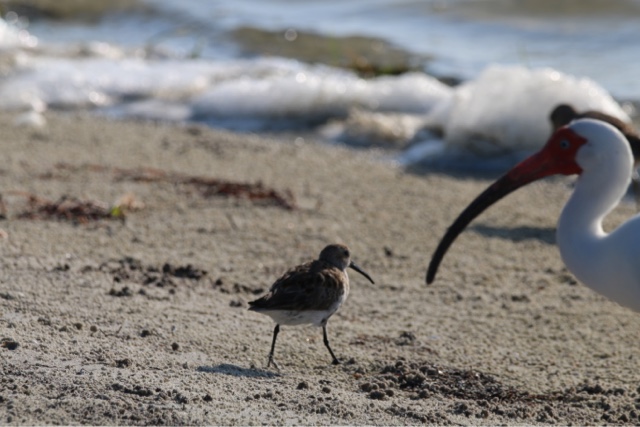 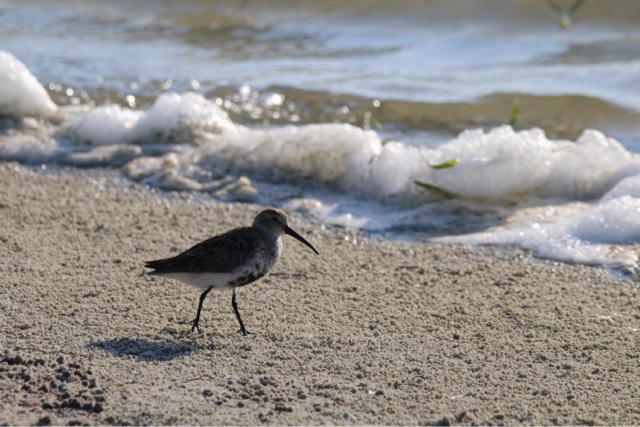 A convention of Marbled Godwits: 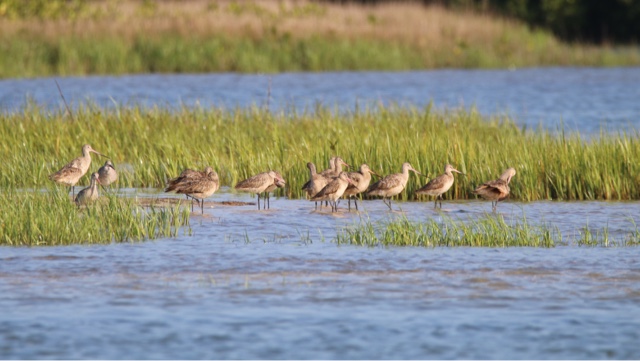 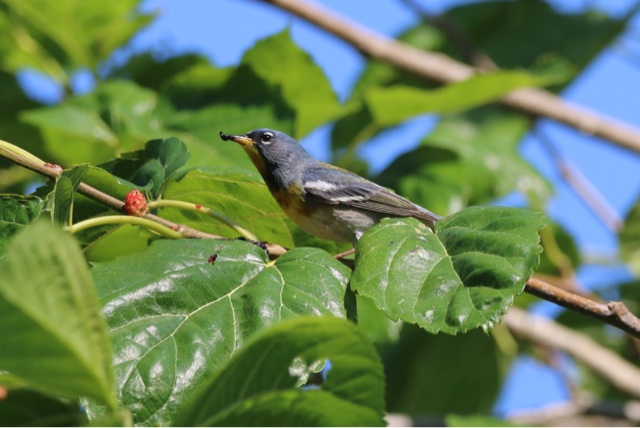 A Western Kingbird in the East: 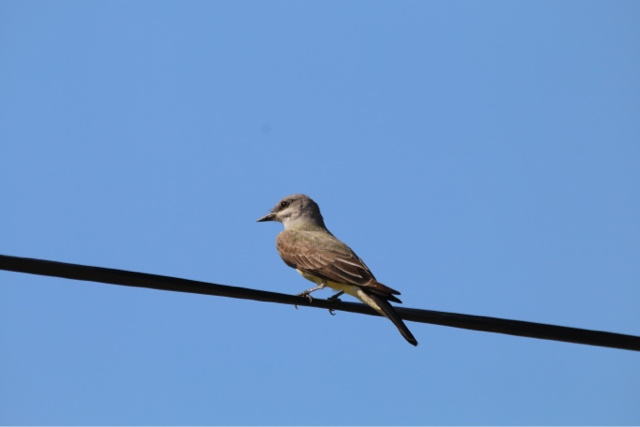 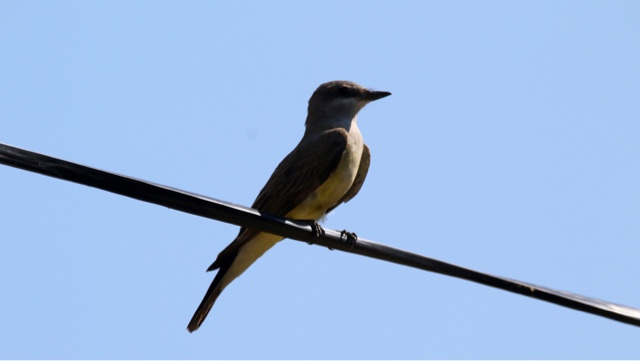 An Eastern Kingbird just 20 feet away: 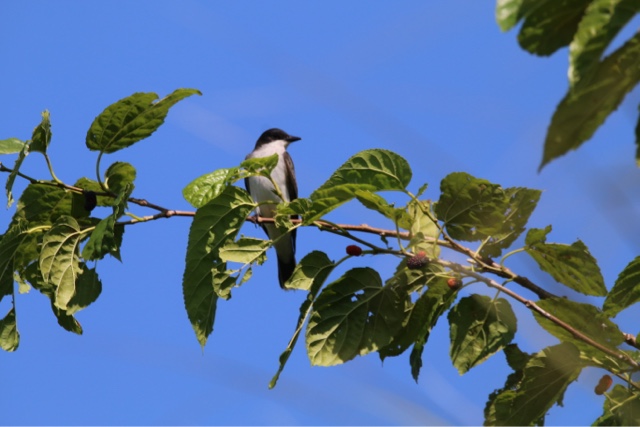 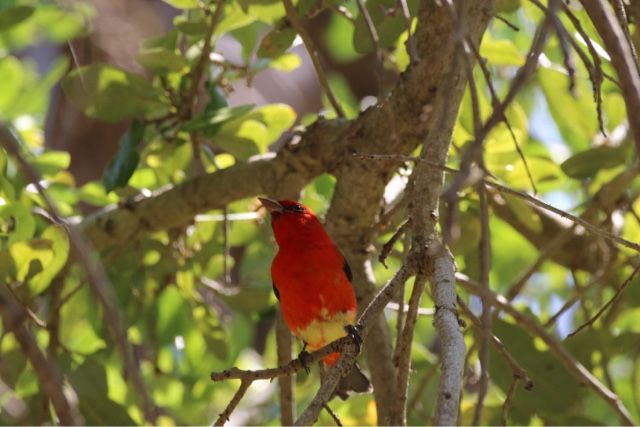 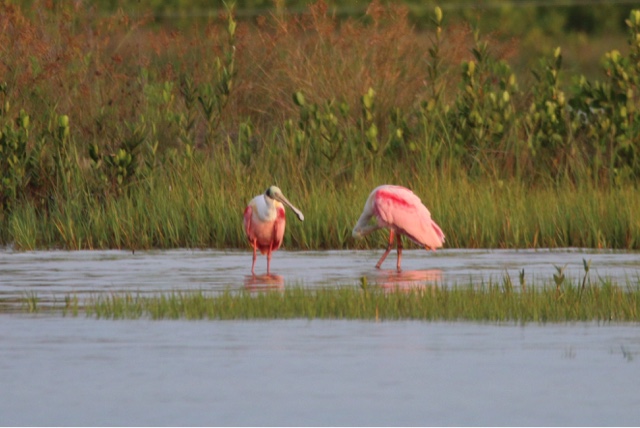 Least Tern, not pleased about something; I love their little super hero masks: 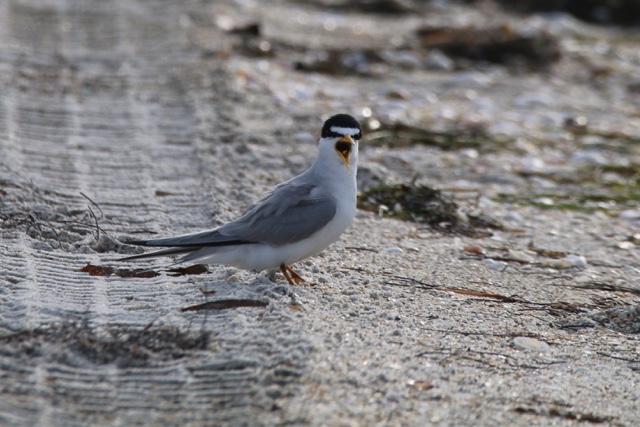 Lunch time for a Great Egret: 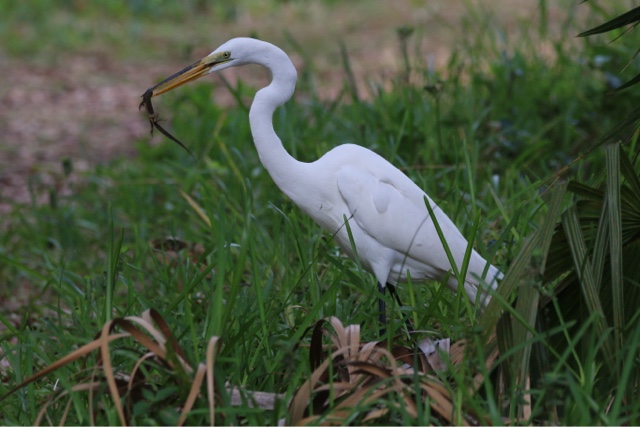 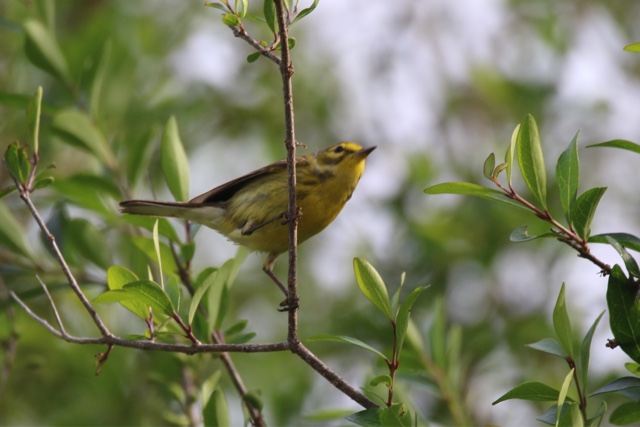 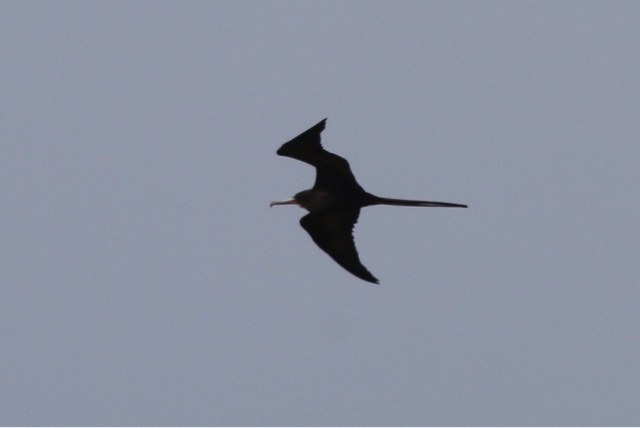