If you have a day in May or June and are visiting Toronto, one of the best places a birder can go is the Carden Alvar, about 1.5 hours northeast of the city.  It is a designated important Bird Area and is one of the last few places in Canada to see the Eastern Loggerhead Shrike.  It is also home to breeding populations of Upland Sandpipers, Eastern Bluebirds, Golden-winged Warblers, Sedge Wrens and Bobolinks, to name just a few.
Monday was my first day off in Toronto since early May and the target birds of the Carden Alvar were high on my Big Year List.  I had yet to see Bobolinks or Eastern Meadowlarks, two bird species I've usually seen in April or May.  Of course, the Alvar is famous for its breeding Upland Sandpipers and we were eager to see those and Sedge Wrens as well.
Your main focus of the trip will be Wylie Road.  When you arrive you are greeted by the large information board and usually an Eastern Bluebird. 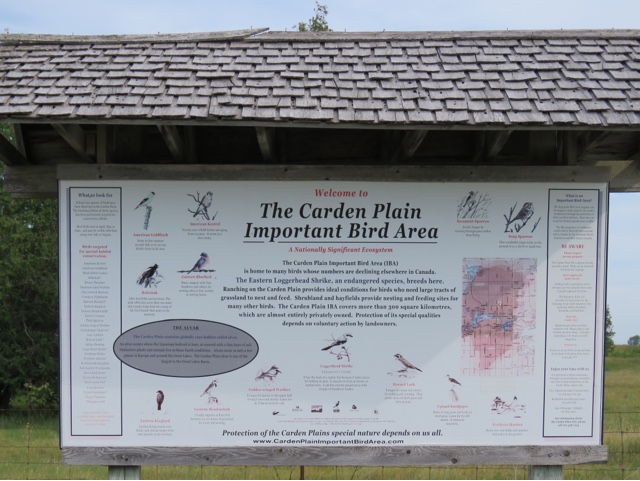 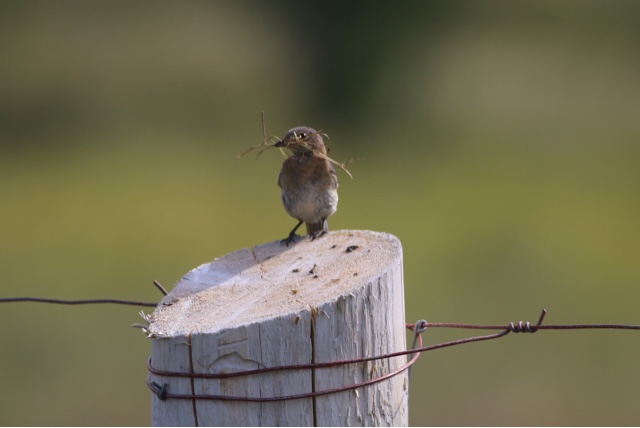 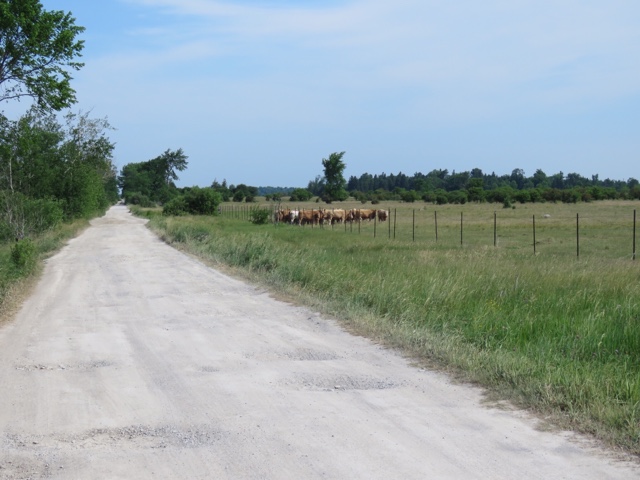 Don't be fooled by the plastic owl in the nearby farmer's field.  The road is bumpy and could use a good grading but speed is not necessary here.  Drive slow, stop often and listen for Golden-winged Warblers.  We did not hear any this day, but early on we did hear peeping of and had a rare daytime sighting of a Wilson's Snipe sitting on pretty much the same pole we saw one on late in the evening two years earlier. 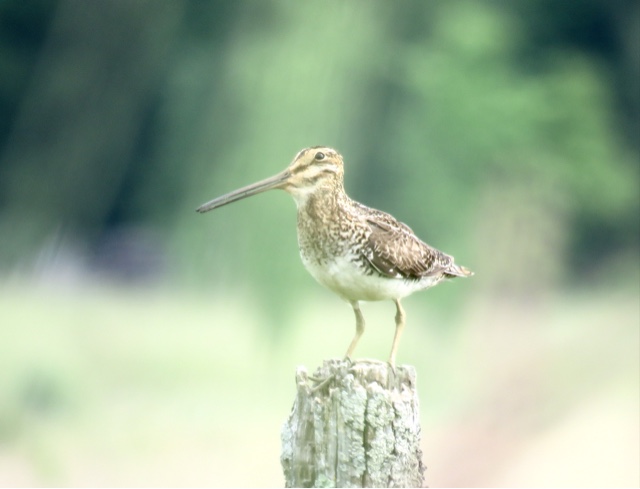 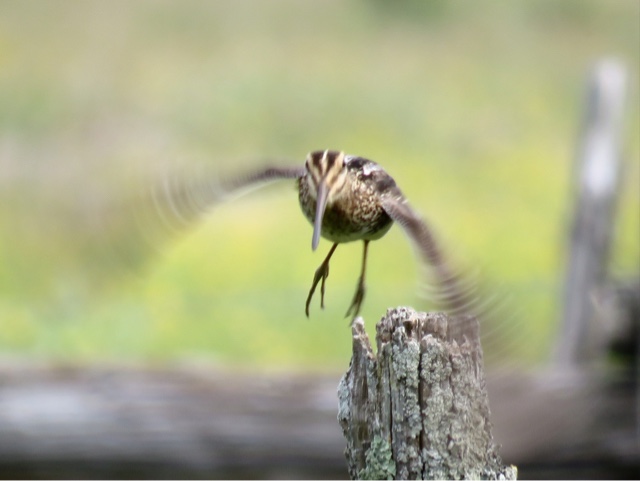 Further down the road we heard Eastern Meadowlarks calling and soon after discovered not one, but two Upland Sandpipers very close to the road. 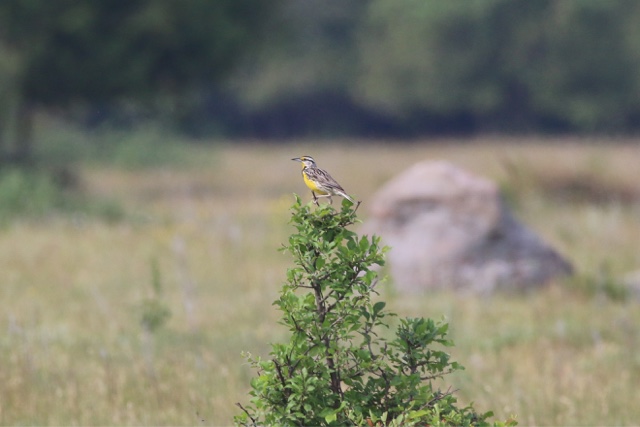 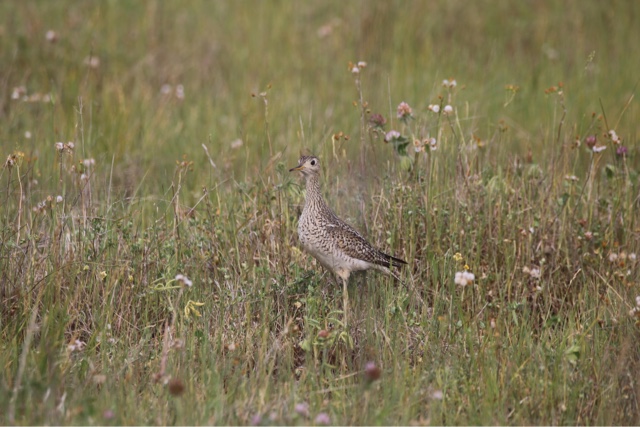 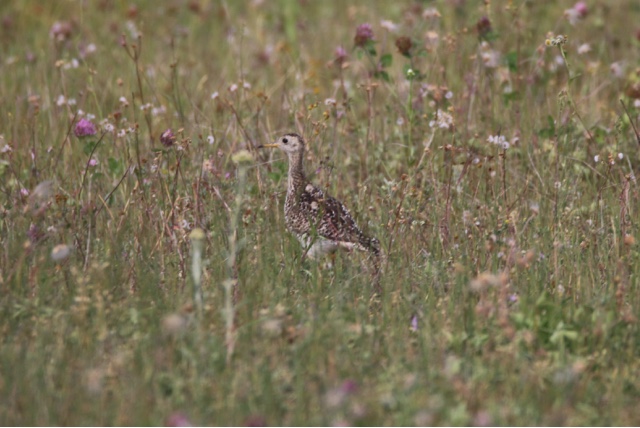 Eventually you make your way up to what looks like a shack but is both a bird blind and "visitors Centre."  It's often home to nesting Barn Swallows, and this year to an Eastern Pheobe nest, complete with 4 fresh eggs. 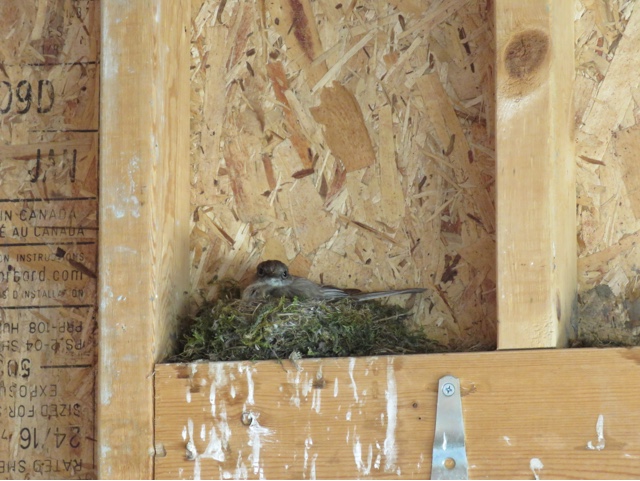 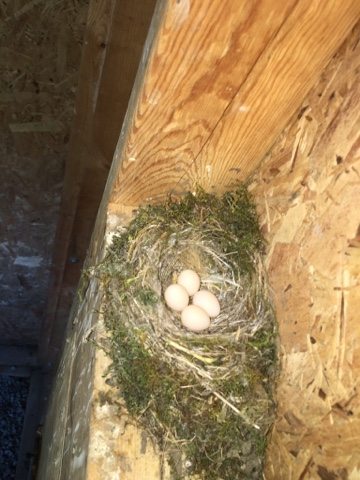 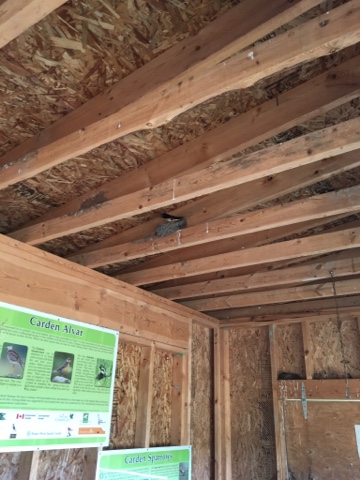 Across the road there was a hungry family of baby Bluebirds being fed by one parent, white the other was close by watching 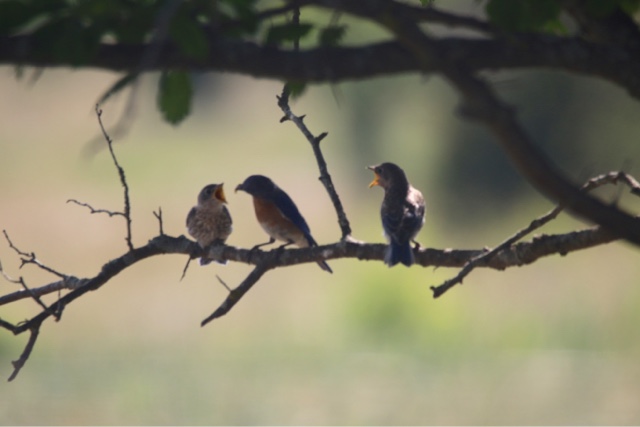 Just down the road a piece, there is the bridge, that you would be hard pressed to call a bridge, but it does cross a marsh where the Sedge Wrens Breed.  We could hear 3 or 4 calling almost immediately, ,but I t took a while before I could see one.  Sue was seeing it and I had no idea where she was pointing, and it turned out I was looking way too far in the distance.  When I finally did see the Sedge Wren, it posed nicely for photos before heading back into the grass. 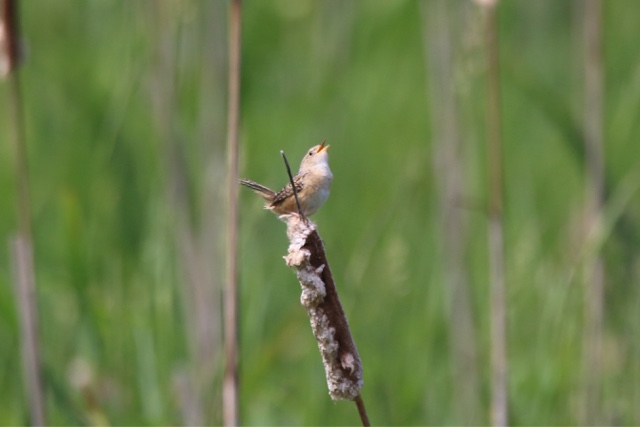 Afterwards we headed to Shrike Road, where we scored a good quantity of Bobolinks, but no Loggerhead Shrikes. 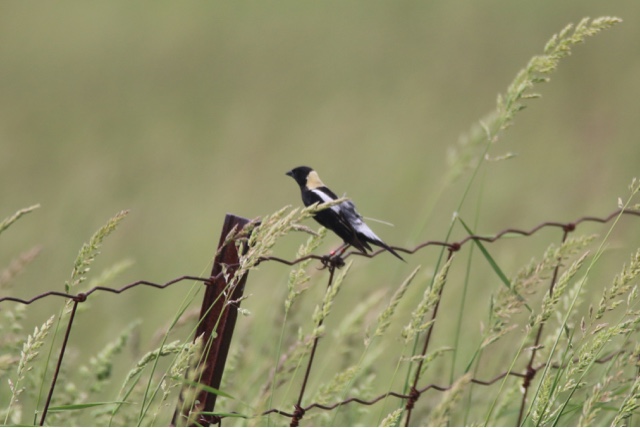 We took a break for lunch and finished on Prosepect Road, where we heard and briefly saw Marsh Wrens, but did not find any Virginia Rails.  Though we did not see shrikes or Golden-winged Warblers, I would say this was one of my favorite visits to The Carden Plains.  I also was able to add another 5 species to my year list, giving me 315 with trips to Chicago and Denver coming up over the next week to round out the first half of the year.
A few more photos from the day at Carden: 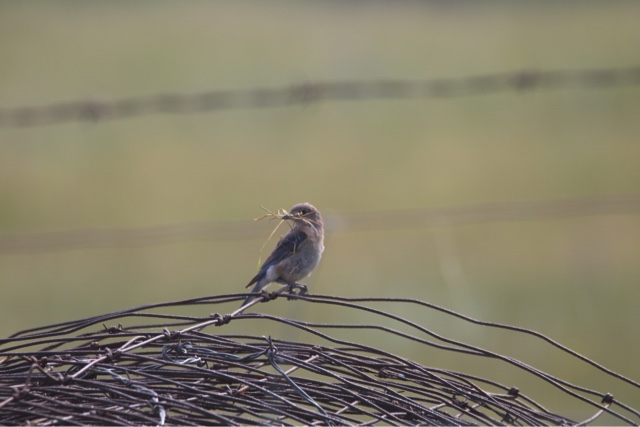 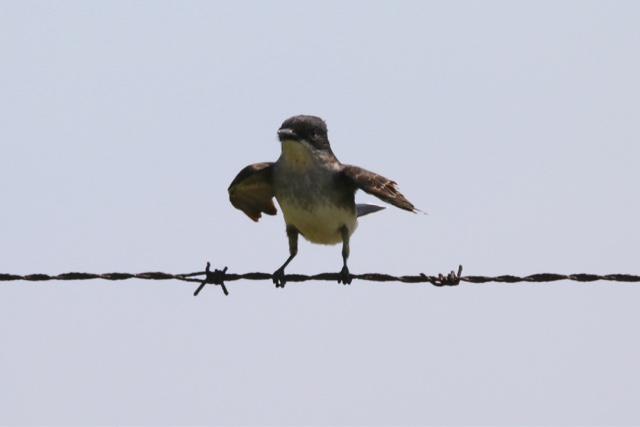 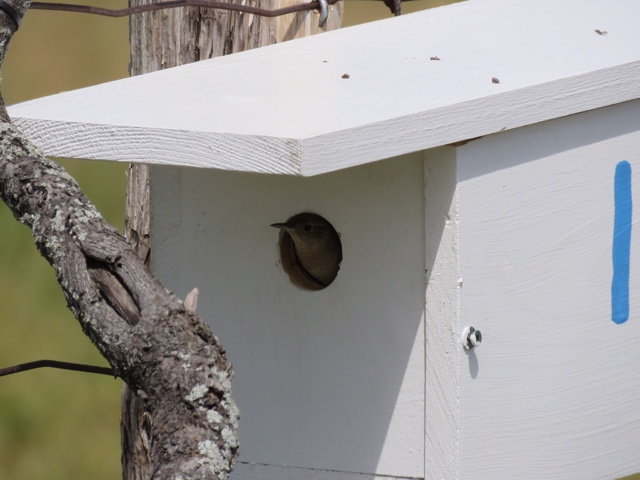 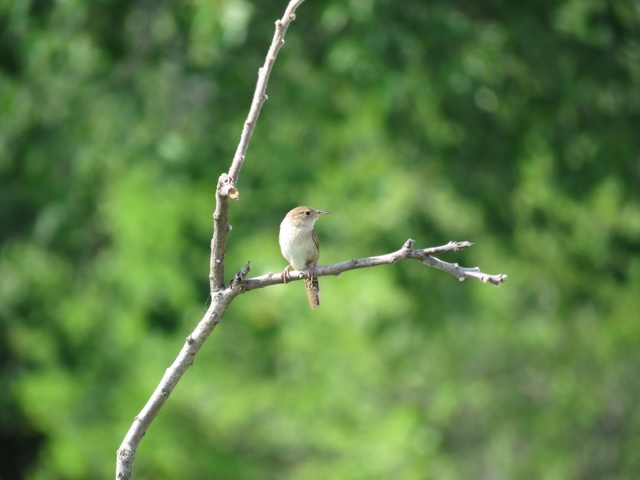