Return to the Curry Tract

Back in 2012 I was looking for a Golden-winged Warbler for my Big Year, and was told that The Curry Tract was a good place for them.  It took a couple of trips and running into a 30 year vetren birder to find one back then.  I went back the same time the next year and was astonished to find that almost all the vegetation along with hydro corridor had been cut down.  It was all gone, along with the Golden-winged Warblers.

However, time has passed and the area has returned to its natural splendor and have returned the Golden-winged Warblers, along with a host of other birds.  There were, it seemed, dozens of Blue-winged Warblers and I found one Golden-winged Warbler about a mile in from the parking lot along the "birding" corridor.  I did not get much in the way of photos, as the vegetation was lush and dense, and the birds would not sit still for very long.  But if you're visiting Toronto in the spring and summer, the Curry Tract is a great destination about 40 minutes outside the city.  It has a hidden entrance right across from Mohawk Race Track on Guelph Line and just up the road is a cemetery that's a good spot for Mourning Warblers in the spring as well.

Only a Field Sparrow was nice enough to pose for me at the Curry Tract: 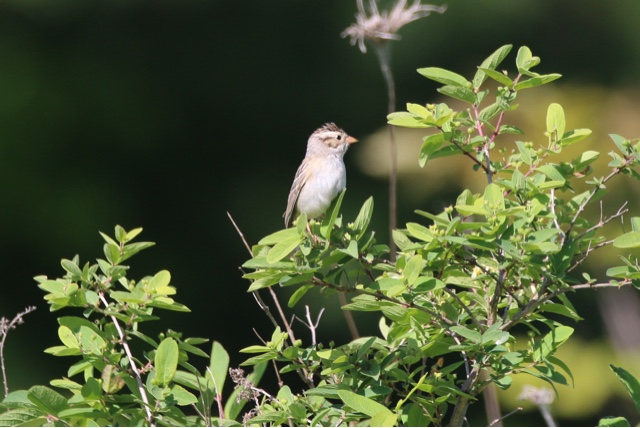 Here I was surrounded by Blue-winged Warblers and Common Yellow-throats: 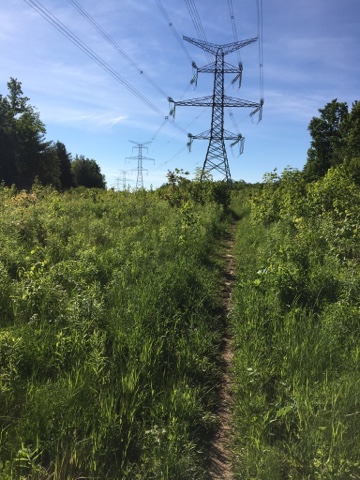 Just over this rise I could hear the Golden-winged Warbler before I even saw it.  Once again I failed in my quest to get a photograph.  I returned the following Monday hoping for a photo and it wasn't even calling.  However I did see a Black-billed Cuckoo so it was worth the return trip. 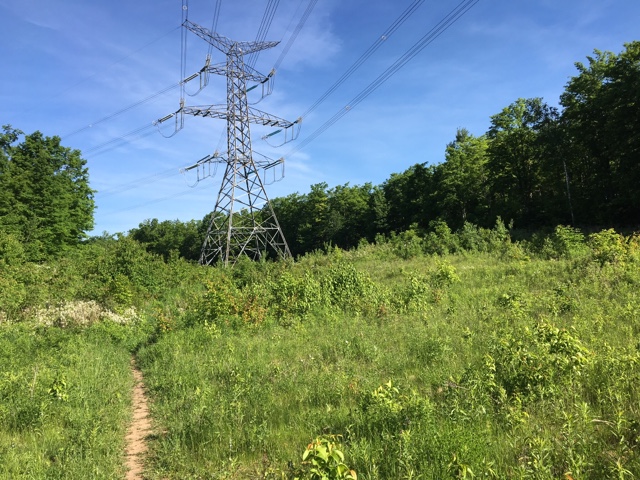