Since heading to the Rio Grande Valley after seeing the Whooping Cranes, and adding White-tailed Hawk and Cinnamon Teal to my Year List, we have birded in dozens of spots, seeing dozens of species each day and I have added 39 species to my year list since arriving in Texas, including two Lifers: Tropical Parula at Laguna Atascosa,(655) and today, as our trip nears its end: Amazon Kingfisher,(656).

We arrived in the RGV Thursday evening and were up and out the door early the next morning with Mary Gustafson.  She took us around the Weslaco area showing us dozens of species throughout the day and she was a pleasure to bird with.  She brought us to places we might have never found on our own and helped add new birds at every turn, contributing to Sue catching up and passing me on our personal Life Lists.  With her help I added 13 new year birds, including Olive Sparrow and Aplomado Falcon.  However the prize bird of the day was a Tropical Parula at the feeder station of Laguna Atascosa. When we arrived, specifically to search for this bird, Mary went into the office to check us in and while Sue was reading the information boards, I took a look at the feeders.  Much to my amazement the parula was sitting by or inside one of the feeders and before I could even tell anyone about it, the bird flew off.  We spent the rest of the morning looking but couldn't refind it.

The next morning we were off to Estero Lliano Grande State Park and a reunion with Huck Hutchins who has guided me about the Rio Grande Valley a few times since I began this crazy birding adventure 5 years ago.  He conducts a morning bird walk and it was a good chance to catch up with Huck and see lots of birds.  And we did.  There are two specialtiy birds you have to see when visiting Estero, the Buff-bellied Hummingbird and Common Pauraque.  One is easy to see and the other is kind of like playing "Where's Waldo."  A highlight of the walk for Sue was the Least Grebe, and I added 7 new Year Birds along the way.  Afterward we headed over to some grain silos where we were greeted by the spectical of thousands of blackbirds, and were tasked with finding a few Yellow-headed Blackbirds and Bronzed Cowbirds amongst the great flock of Red-winged Blackbirds.  Using a scope, our second game of "Where's Waldo" also ended successfully with the discovery of both birds.

On our last morning in Weslaco,(sounds like Texaco, for those of you pronouncing at home), we went back to Estero and picked up Black-crested Titmouse and Altamira Oriole.  We spent the night in Rio Grande City, where dozens of State Troupers provided security at the Holiday Inn Express and we saw Rogue One at a nearby movie theater.  And somewhere in there it was Christmas.

The next morning we were off to Salineno and along with way picked up Green Parakeets and down by the river below the Falcon dam Sue spotted a Zone-tailed Hawk circling lazily overhead.  The wildlife refuge was open for the first time since I've begun visiting the boat ramp by the Rio Grande River in Salineno, and we chatted with the refuge hosts while sitting in their lawn chairs watching birds come their many feeders.  We also walked downriver where I got a good look at a White-collared Seedeater, perched on the island where in spring there are Red-billed Pigeons I've never seen.  The seedeater flew right over Sue's head just as I was raising my camera for a photo.  One thing I've learned about birding and photography is that if your goal is to photograph all the birds then you will often come away disappointed.  I did get lots of photographs along the way this trip, but not of every bird I saw and I've come to accept that some birds just have to reside in memory.  If one carries only a camera with a super-duper long lens,(as I have seen many "birders" do), or you prioritize the photo over the sighting, very likely you will see far fewer species, and that takes much of the fun out of birding.

Speaking of not getting a photograph, after leaving the boat ramp, we drove along the "dump" road, so named for all the trash we saw along the way, to Falcon State Park.  We did stop here and there listening for Black-tailed Gnatcatcher and I did hear and see one, but couldn't get camera focus on it and Sue did not get much of a look at all.  She did, however, spot a Black-throated Sparrow in the scrub beyond a fence appearing and vanishing amongst the legs of a trashed swimming pool ladder.  It was my fifth new Year Bird for the day.  We continued on to Falcon State Park hoping for Northern Bobwhite, Scaled Quail and American Roadrunner, only seeing the roadrunner, not on a road, but hoping from one branch to another in a dense thicket.  We ended the day stopping two more times, once in Zapata where we heard and saw a Tropical Kingbird singing atop at tree in the park behind the library and seeing and briefly hearing Audubon's Orioles at the San Ygnacio Bird Sanctuary.  This used to be called the White-collared Seedeater Sanctuary, and has now been renamed and reinvigorated with a new viewing platform and gardens thanks to generous donations from local and visiting birders.

Which brings us to this morning and the Amazon Kingfisher.  This Code 5 from across the border was making only its third appearence on the ABA side of the Rio Grande River and had been reported every day since even before we headed to Texas.  I was just in the wrong place at the wrong time on its other two visits, so I hoped it would stick around until we could get there this morning.  We were up and out at the crack of dawn and arrived a the Rio Grande River, near the railway bridge and within steps of the border crossing into Mexico, under the watchful eyes of Border Patrol Officers, just in time to see Ken from Mississippi, who had arrived just before us, spot the bird on the Mexican side of the river.  We got binoculars on it right away, then scopes and camera lenses.  Though not a Lifer,(Sue and I had both seen one in Costa Rica), it was ABA species 656 for me and the 13th ABA Lifer of the year, since beginning with the Zenaida Dove way back in February.

We continued birding along the river, where we had a rare 4 Kingfisher day, seeing Amazon, Green, Ringed and Belted in reverse order of rarity.  We continued up to Zacate Creek along the Las Palmas Trail where we found a small flock of Verdin and a Gray Hawk soaring overhead on the way back, giving me two more Year birds for the day and 39 so far for the trip.  On the World Life List front, I now have 938.  Sue was a couple behind me when we arrived in Texas and now has take a 7 species lead with 945, at last count.

Today is less about birds and more about horses, as we have reserved the morning to go horseback riding.  Of course, that doesn't mean I won't be birding from horseback,(as long as my back holds out), and there still are a few birds left in these here parts of Texas to add to the year list. 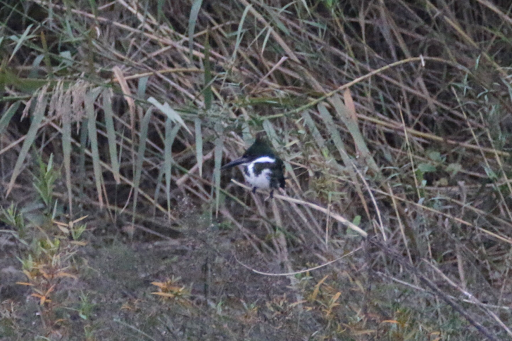 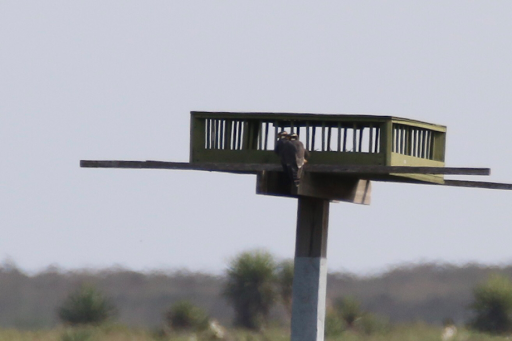 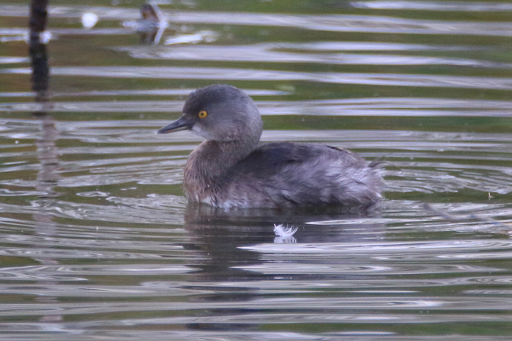 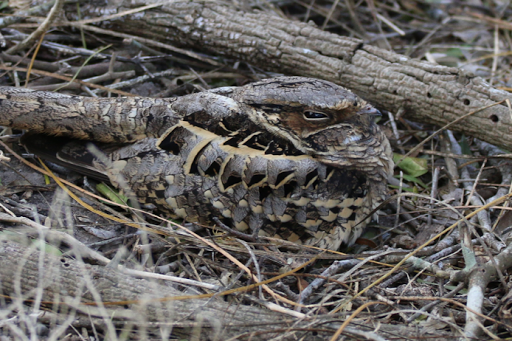 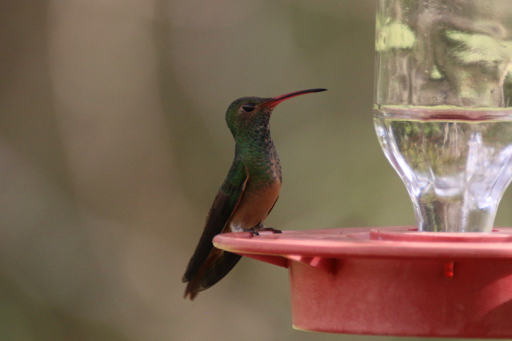 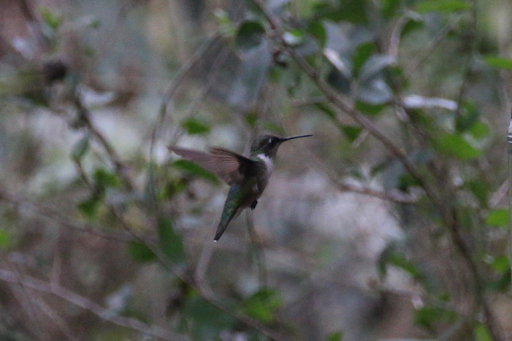 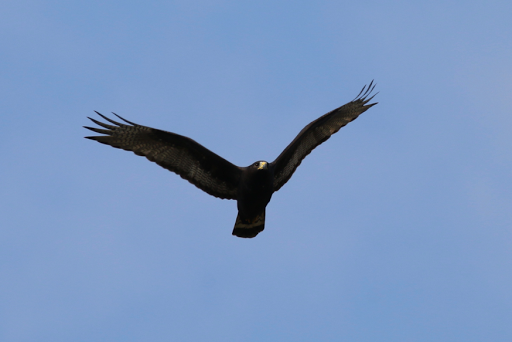 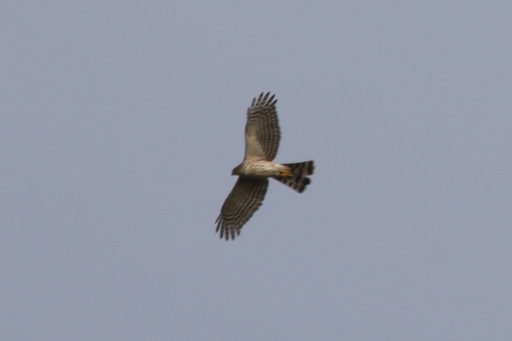 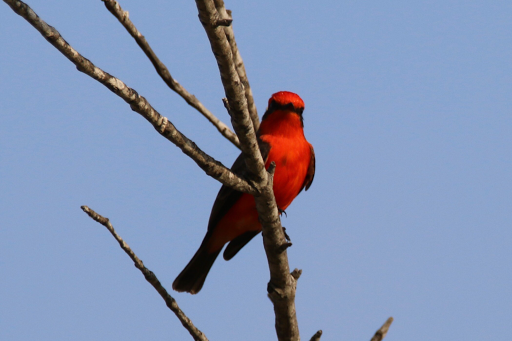