Coming back to Toronto I had only a few days to catch some winter birds, such as Rough-legged Hawk, Northen Shrike and pick up a missed Glaucous Gull at Sir Adam Beck Generating Station.  However, when I got home the first bird I went for was a wayward Lark Sparrow, lost on migration.  Their strange migration route, from the midwest, over the Great Lakes and eventually down to Florida, Texas and Mexico, allows for a lost bird to show up in Ontario every couple of years.  My first Ontario Lark Sparrow was two winters ago in Fort Erie, and now one landed by the railway tracks just east of downtown Toronto and as of yesterday, seems content with a Canadian winter.  It also may be too tired and weak, and possibly injured, to continue its southward migration, which made it easy to find after I parked and walked up to the path parallel to the railway tracks.  Another birder was already there taking photos not ten feet from it.  At times it seemed to walk up to people as if asking for food.  Some birders had already left seed for it, hoping it would gain enough strength to fly south or at least be well fed and perhaps survive the winter. 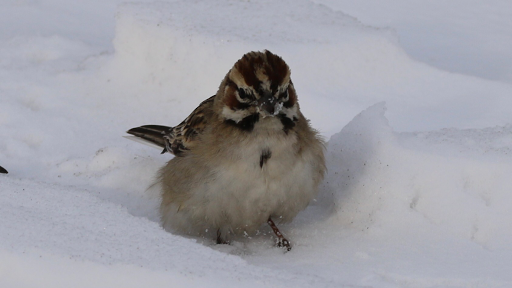 The very next day a report of an even rarer Ontario bird surfaced.  A Smith's Longspur was discovered down by Longpoint, a little bit north of the provincial park that bears its name.  The Smith's Longspur breeds in the Canadian Arctic and Alaska and its fall migration doesn't normally bring it into Ontario, but the Longpoint area is certainly not too far out of its way.  And good for us Ontario birders.  For me it would be a Lifer, so off I drove early the next morning to Concession Road A.  It was a two and a half hour drive with coffee and gas stops, but an easy place to find.  Some local birders I knew were already there with others showing up soon after.  It was cold, but not the frigid -20c I experienced on my first rare bird chase back in 2012 for a Mountain Bluebird.  After about half an hour of searching, while watching hundreds of Sandhill Cranes fly by, I looked down the road from where I was searching and saw some people crouched down taking photos.  They had the bird.  I walked down the road and, like the Lark Sparrow, the Smith's was just hanging out at the side of the road, eating seeds in the snow.  Hanging around with the Longspur was a Savannah Sparrow and a Snow Bunting.  In fact, there were dozens of Snow Buntings, Horned Larks, American Crows and, of course, the overwintering Sandhill Cranes. 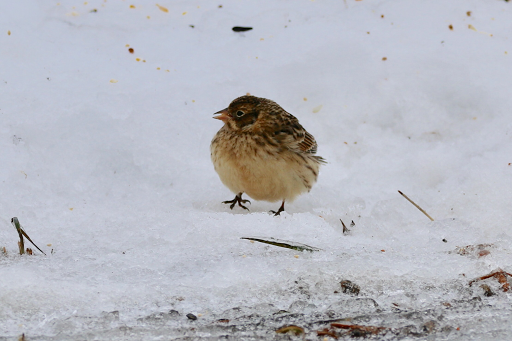 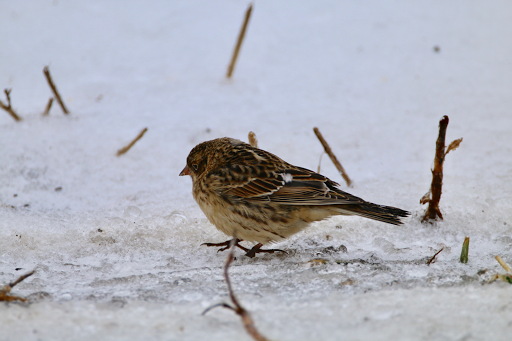 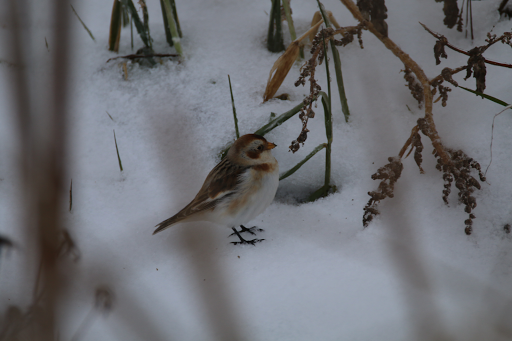 Sandhill Cranes, a nice appetizer for the upcoming Whooping Cranes I will see in Texas on Thursday: 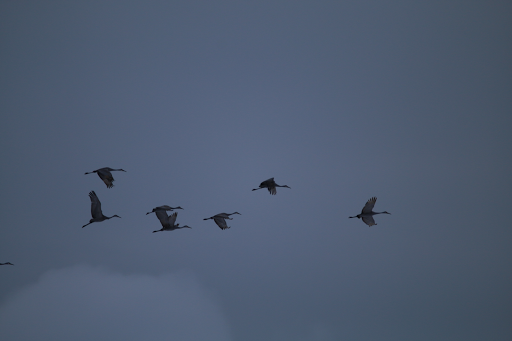 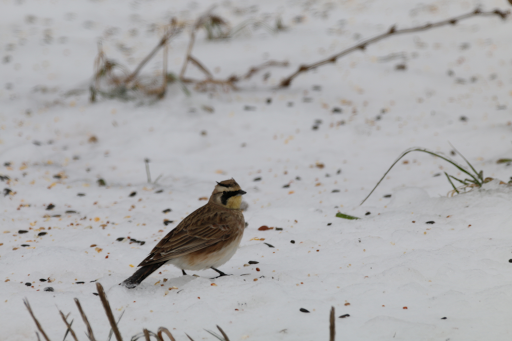 The Smith's Longspur was also 937 for the World List, which moves me 3 ahead of Sue, but that lead will be lost soon enough, as we are headed to Texas for our winter vacation and my penuntilmate birding trip of the year.  With the addition of Glaucous Gull and Rough-legged hawk yesterday,(missed the Northern Shrike again), in the Niagara area, I head to Texas with 441 species for the year, hoping to get close to the 59 I need for 500 in the ABA area.  My North America e-Bird List is up to 623 putting me in 99th place for all of North America, which includes Panama, where we spent 10 days last January.