I had been cooped up in a hotel in a Maryland since Sunday, with only early morning walks to do my birding and nowhere close enough to the coast to look for Gannets or Great Cormorants, but still managed to see a nice variety of species along the Potomac River.

But yesterday I arrived in Florida for a week of mostly birding,(still have to work a little), and the first place I headed to was the Courtney Campbell Causeway in search of a Brown Booby.  I didn't find one there so headed over to Phillippe Park and found not one, but perhaps as many as seven on an electrical tower in the Bay.

They were nestled in with Double-crested Cormorants and Brown Pelicans and stood out from the group with their white bellies and thick beaks. There was a lone Booby sitting along the opposite end from where the others were gathered and a got a nice look at it in flight.

So, after I get my Blue Jays work done I am off to south Florida to add more species to my year list.  The Brown Bobby was number 431 for the year.  My goal is to add 9 more in Florida,(including a Western Spindalis), and then go to the Rio Grand Valley in Texas, where I hope to charge toward 500 as my Birds and Blue Jays Big Year draws to a close. 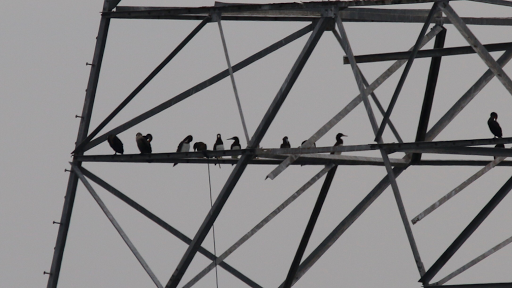 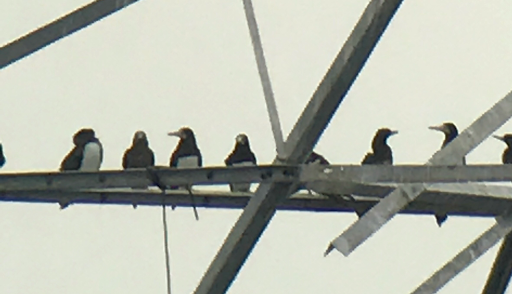 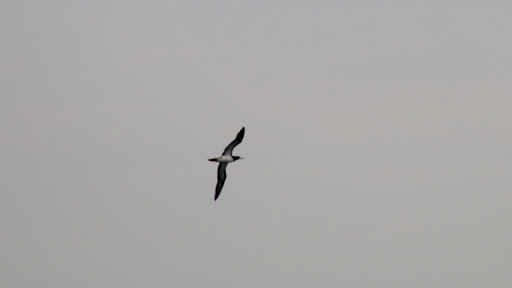