Yes, Virginia, ahm-Robert, there is A Purple Sandpiper

Well, yes, I have felt like the proverbial Virginia, who hears tales of Santa Clause, sees pictures and even receives gifts attributed to the man, but never actually sees the real thing.  Since the beginning of November I have been searching the rocky shores of Lake Ontario, from Presqu'ile Provincial Park to the Hamilton/Niagara region without success.  I have biked to Pipit Point at Tommy Thompson Park and walked the rocks every day for three weeks at Colonel Sam Smith Park.  I have seen photos on eBird and read reports on OntBirds and had people tell me tales of the Purple Sandpiper(s) they had seen.  But for me, it was just a rumor, just a story told by others and I wanted to see a Purple Sandpiper for myself in 2016.  I had gotten so obsessed with finding this bird that Sue wouldn't let me even say the name anymore, saying, to paraphrase Archie Bunker, "Don't say Purple Sandpiper no more."  I had to hum, Mm-mm Mm-mm-mm, just as Edith had to say "Cling Peaches,(in Heavy Syrup)" in Sit-Com Land, long, long ago.

The rocky shoreline at Col. Sam, a perfect environment for a Purple Sandpiper to show up at,(and did briefly, but I missed it too): 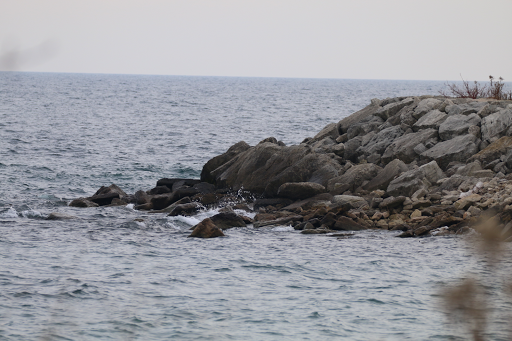 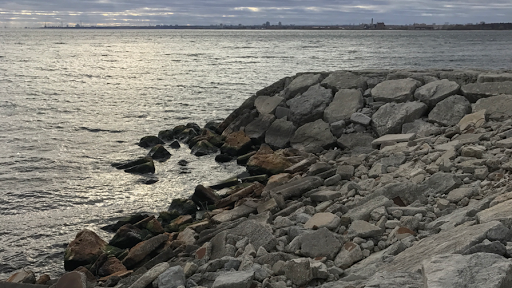 I did see a nice White-winged Scoter and... 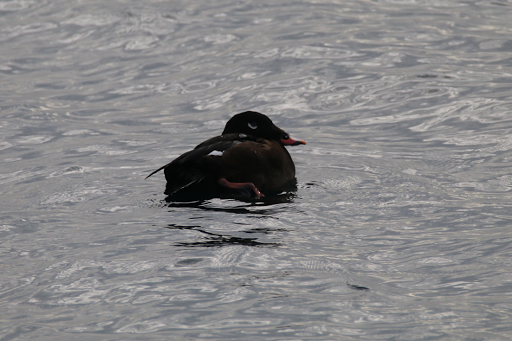 ... one of the resident Minks, this one as wet as a sewer rat: 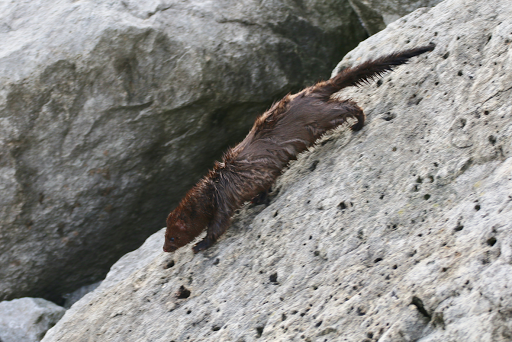 This weekend I had a plan.  Check Col. Sam one last time in the morning, then head to Presqu'ile.  The weather looked good and I don't mind the walk out to Gull Island and there are always other good birds in the area.  One quick check of eBird before I left showed a Purple Sandpiper sighting in 50 Point Conservation Area out Hamilton way, in Grimsby.  Now that was close and the rocky shore easy to get to.  Lots of ducks to see out that way too, so I asked Sue if she'd go and with a bribe of lunch and birds besides Mm-mm Mmm-mm-mm's and she was on board.

We stopped first at the end of Fifty Road, where I had a spectacular view of thousands of ducks flying by as I approached the little parkette at the end of the road.  As we scanned with both binoculars and scope there had to be no less than a thousand each of Long-tailed Duck and Common Goldeneye. Lots of White-winged Scoters, some Buffleheads and a lone Greater Scaup.  We then headed over to Fifty Point Conservation Area, where a couple of years ago a couple of Long-eared Owls were the stars.  Today, it was a Purple Sandpiper and the $10.00 fee was a small price to pay for such a lovely bird if we could find it.

There are two roads leading to the tip at Fifty Point.  One leads to the left and one to the right.  We chose left and ended up right across the water from where we could see people looking down at the rocks at an unseen "something."  We were seeing an odd, lone Long-tailed Duck feeding up against the rocks.  Much easier, I suppose than diving for food in the lake with a thousand other ducks: 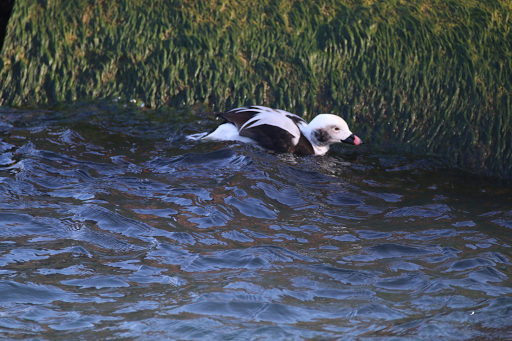 We then drove over to the other side of the park and after a short walk, my quest was over.  There it was.  A real, live Purple Sandpiper, down amongst the rocks, feeding, oblivious to our binoculars and cameras: 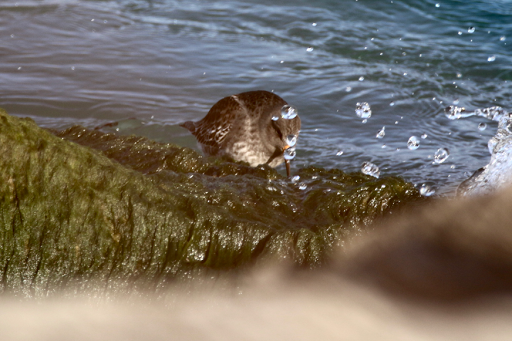 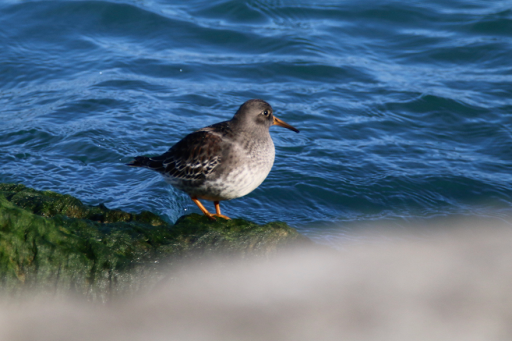 For Sue, it was a Lifer, bringing her within just two birds on our World Life Lists of catching me, as I still lead 936-934. And now she doesn't have to hear about Purple Sandpipers anymore this year.  Of course, there are other winter birds for me to get obsessed about and in the next couple of weeks before heading to Florida and Texas, I shall seek them out.

And with that, I and species 428 for the year bid you adieu: 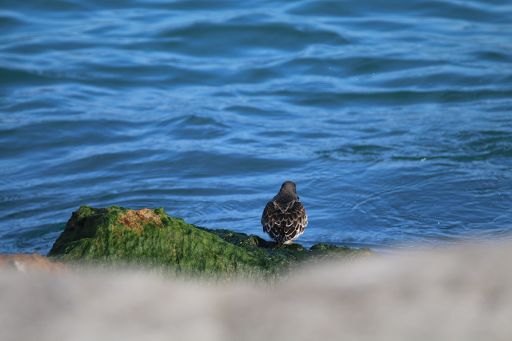